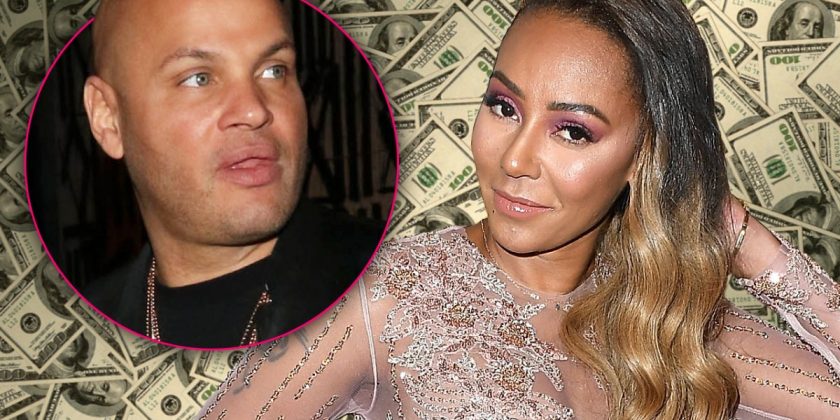 In an explosive interview on Dylan Howard‘s “All Rise” podcast, Stephen Belafonte claims Mel B took all their cash and “emptied hundreds of thousands of dollars.”

Just one month prior to their divorce, Belafonte claims Mel shut down all of the couple’s shared bank accounts and maxed all their credit cards.

He recalls: “I went down to the bank on March 31, 2017 to get some money, because now I’m pretty much homeless. And I was told by my bank and my accountant at the time that Melanie, one month prior, had emptied hundreds of thousands of dollars.”

“She transferred all of the stocks. She shut all of the companies and bank accounts down,” Belafonte reveals to Howard in the shocking podcast. “So I got to the bank and there was nothing to be had. Melanie had emptied all of the accounts!”

Feeling defeated, the 43-year-old businessman turned to his credit card only to realize “Melanie had ran the credit card up, two nights prior, to the max amount!”

He details his frustration at the time, saying, “So now I’m sitting here with no money, and now she’s put out the allegations that I beat her, and that I’m a monster!”

“You have to be a very tough individual to handle this,” he quipped. “And everyone in the world is thinking that I’m some sort of monster who was beating his ex for 10 years.

As readers know, Mel B, 43, filed for a divorce from Belafonte in March 2017 claiming her estranged husband had sexual relations with their children’s nanny, Lorraine Gilles, without her permission.

PHOTOS: Still Got It: Scary Spice Mel B Is Looking Scary Sexy

The divorce battle between the singer and producer grew vicious, with Belafonte accusing Mel B of being addicted to cocaine and alcohol and therefore ruining their marriage.

The legal fight escalated when he shared private messages between him and the singer’s therapist. The texts made it clear that she was on medication for her addictions.

Radar reported first, as according to the singer’s no-holds-barred declaration in a Los Angeles court filing last year, she claimed her husband Stephen Belafonte’s’s alleged abuse and “mind-games” became so “overwhelming” in December 2014, that she swallowed a whole bottle of painkiller Aspirin in “in a moment of emotional and physical exhaustion.”