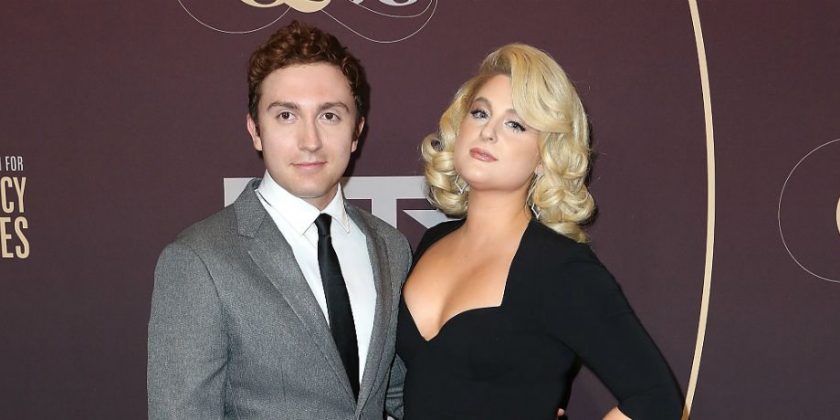 “Dear Future Husband” singer Meghan Trainor has found the man who will treat her like a lady even when she’s acting crazy. She tied the knot with Spy Kids actor Daryl Sabara on Saturday, December 22. The bride also celebrated her 25th birthday on the very same day.

During the ceremony — which took place in the backyard of the couple’s home in Los Angeles, California — the duo exchanged hand-written wedding vows, reported People. The reception featured delicious comfort foods for the approximately 100 family members and close friends in attendance to feast on.

Trainor walked down the aisle in a gown designed by Berta, Badgley Mischka heels, and Norman Silverman jewelry. However, for the more casual reception, she donned a lace suit created by Rita Vinieris and Aldo sneakers.

“It’s the beginning of an awesome, whole new life. I got way more than I ever wished for,” said the Grammy award-winning vocalist.

“I’m the luckiest guy in the world,” gushed 26-year-old Sabara.

The newlyweds are looking forward to sporting their wedding bands and calling each other husband and wife.

Trainor and Sabara first met at a house party in 2014, but didn’t start dating until a mutual friend, actress Chloë Grace Moretz, set them up two years later. After a year-and-a-half together, the voice-over actor proposed on the eve of his true love’s 24th birthday, in December of 2017, in front of her entire family.

In October, the couple’s pending nuptials made headlines when Trainor revealed to Jimmy Fallon — on The Tonight Show — that she was just going to invite guests to the wedding ceremony via text message instead of using formal, paper invitations.

“Everyone reads their texts even if they don’t respond,” she explained to the late-night talk show host.

Earlier this year, the “All About That Bass” singer told Entertainment Tonight that Sabara completely changed her life.

“He showed me how working out can be fun. I didn’t believe it, but now it’s true and it feels so good when you’re sore — I love that feeling now, I’m addicted to it,” she explained.

“He cooks for me and taught me to cook. I never knew how to cook. He taught me, like, secrets [about] how to make your food taste great but also be healthy for you.”

Trainor’s upcoming album, Treat Myself, is said to contain songs inspired by her loving relationship with her new husband. It is expected to come out on January 25.