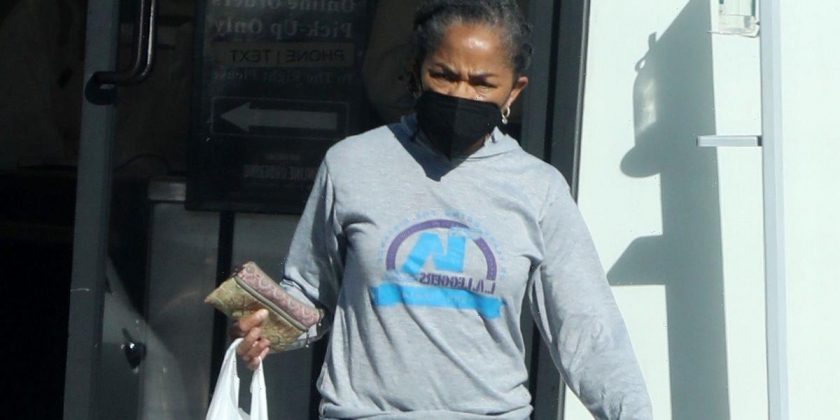 Meghan Markle’s mum Doria Ragland was photographed looking calm as she stepped out the day before her daughter’s landmark Netflix documentary was released.

On Thursday, the long-awaited Netflix documentary series Harry & Meghan was released, with the second instalment coming next week on 15 December.

Prior to the premiere, Meghan’s mum, Doria, was photographed leaving the supermarket in Los Angeles while wearing comfortable grey jogging bottoms and a sweatshirt from L.A. Leggers, the city's largest running club.

Carrying a bag of goodies from Mike's Deli, Doria, 66, then picked up a friend to go hiking in her comfy green trainers.

This comes as Doria spoke out for the first time in her daughter’s documentary, telling the camera that she’s “ready to have my voice heard.”

Doria, who has worked as a social worker, makeup artist and yoga instructor, appeared on the show in an orange top with a plunging neckline.

"The last five years has been challenging," she told the camera, adding that she wants to share her side of the story.

Recalling the moment her daughter, 41, told her about Prince Harry, Doria said that she was in shock and “started whispering oh my god."

She continued: "He was this 6'1 handsome man with red hair. Really great manners, he was just really nice.

"And they looked really happy together. Like he was the one."

As predicted, the docuseries has already ruffled the royal feathers with the Sussexes' decision to include Princess Diana’s infamous Panorama interview with Martin Bashir proving controversial.

Speaking to the camera, Harry said of his mother: “I think she had a lived experience of how she was living that life. She felt compelled to talk about it.

“Especially in that Panorama interview – I think we all now know that she was deceived into giving the interview but at the same time she spoke the truth of her experience.”

Prince William has previously spoken out about the interview and said it should never be played again.

Back in May 2021, he said: “It is my view that the deceitful way the interview was obtained substantially influenced what my mother said. The interview was a major contribution to making my parents’ relationship worse and has since hurt countless others.”

His lengthy statement, available in full here, followed a ruling that Bashir was in a "serious breach" of BBC guidelines and acted inappropriately to obtain the interview time.

It’s believed that the second set of episodes will cover Harry and Meghan’s dramatic exit from the Royal Family.

In the 30-second trailer, Harry can be heard saying: "Everything that’s happened to us was always going to happen to us.”

“Suddenly what clicked in my head was, it’s never going to stop,” Meghan responded before the teaser ended with Harry’s ominous message: “There was no other option at this point. I said, ‘We need to get out of here’.”