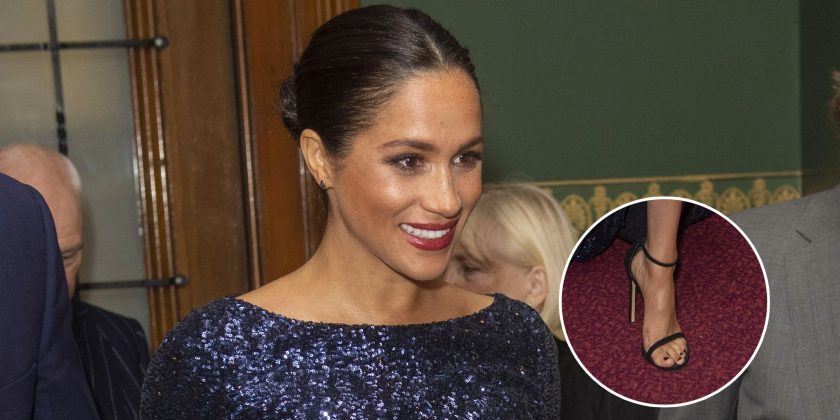 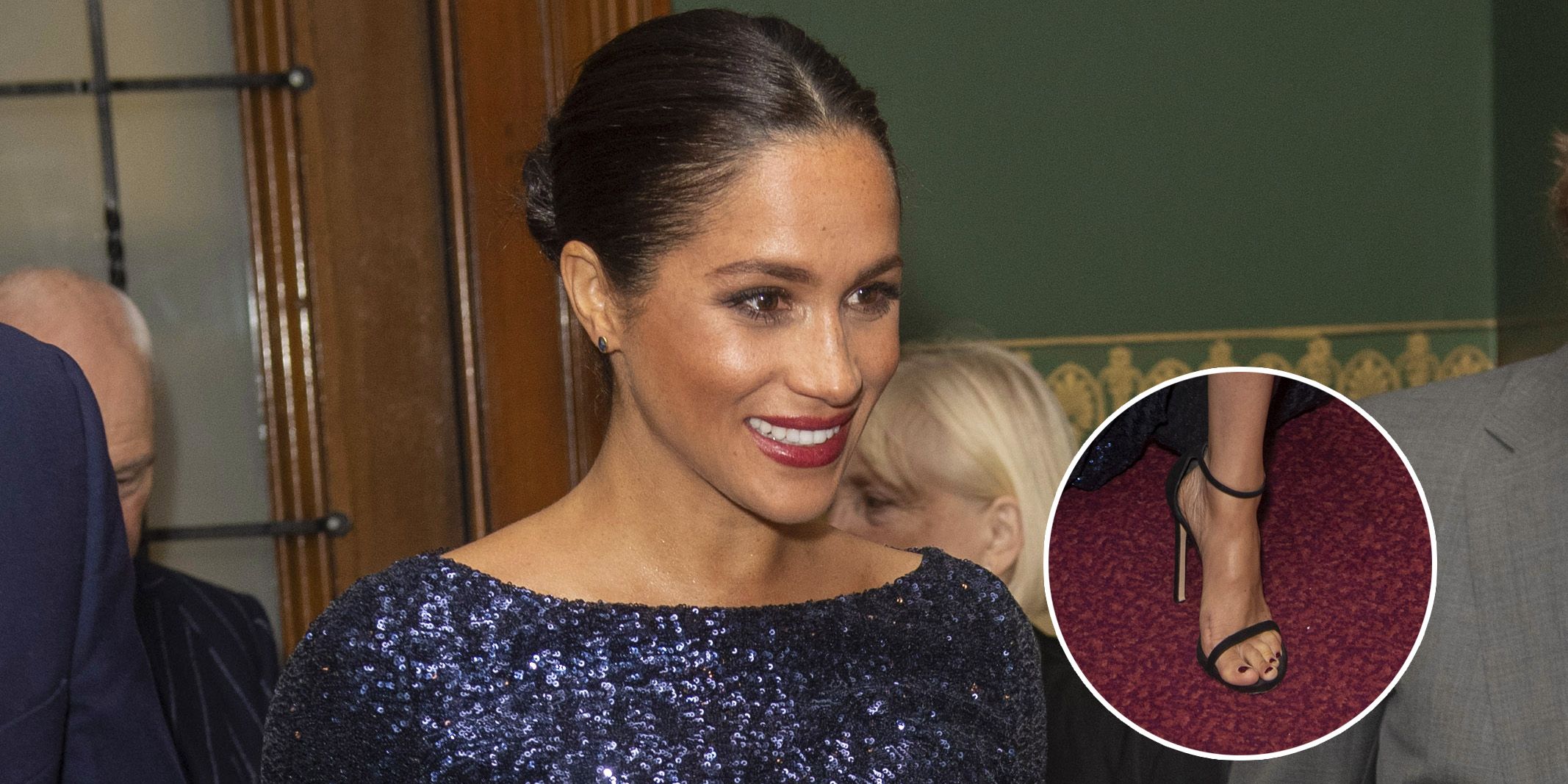 Meghan Markle wore dark nails again last night while attending a charity gala performance of Cirque du Soleil’s Totem. However, the Duchess of Sussex didn’t wear the bold polish on her hands. Instead, she wore a deep shade on her toes while rocking a light pink color on her finger tips.

Meghan’s pedicure was noticeable as she wore open-toe shoes (Stuart Weitzman heeled sandals, to be exact) for the event. It also helped that her glittery Roland Mouret gown had a leg slit, revealing her footwear as she walked.

The last time Meghan wore dark nail polish was at the British Fashion Awards in December, and she wore the shade on her hands, where it was more visible. The cosmetic choice raised some eyebrows at the time, as some royal watchers questioned whether the unexpected shade was a breach in “royal protocol.” After all, Meghan had been wearing neutral manicures for past royal appearances, and other women in the family like Duchess Kate, Duchess Camilla, and even the Queen have frequented natural-looking nails.

However, “there’s no actual protocol about dark nail polish,” royal correspondent Omid Scobie told BAZAAR.com at the time. “It’s simply about being appropriate—we’d never see this at a royal engagement. But tonight’s event is a celebration of fashion and there’s a lot more flexibility on what one can wear.”

And ultimately, it looked good with her outfit. The same goes for last night’s pedi.

The Cirque du Soleil performance at Royal Albert Hall, which raised money for Prince Harry’s charity, Sentebale, was previously announced by Kensington Palace. However, perhaps there was more leeway for daring nail shades considering it was an evening gala rather than, say, a formal daytime engagement with Her Majesty at Buckingham Palace.

Kate Middleton has actually rocked a dark pedicures at similar events with glamorous looks of her own. One of them was also at Royal Albert Hall years ago, while attending a concert celebrating the 2012 Olympics in London. 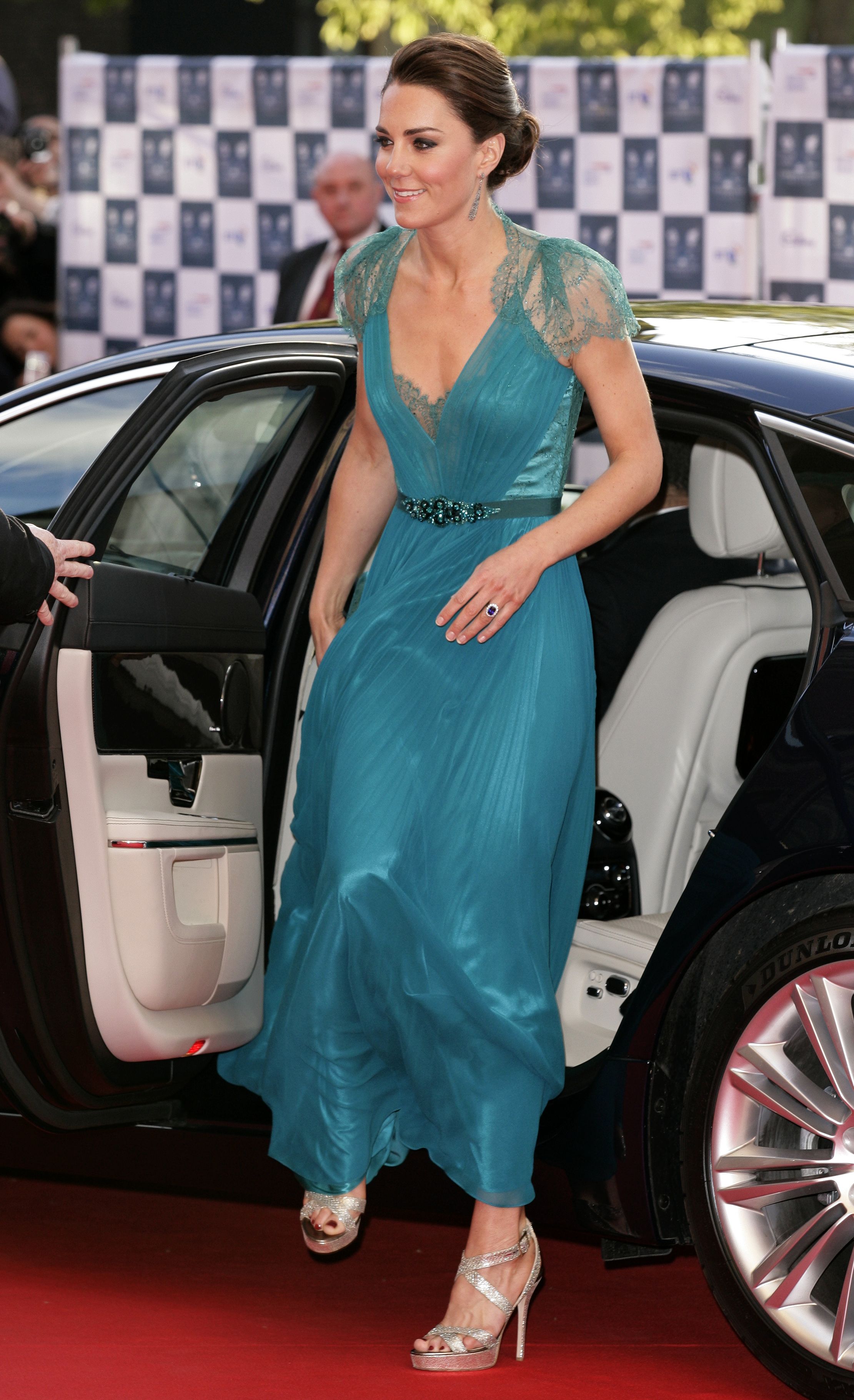