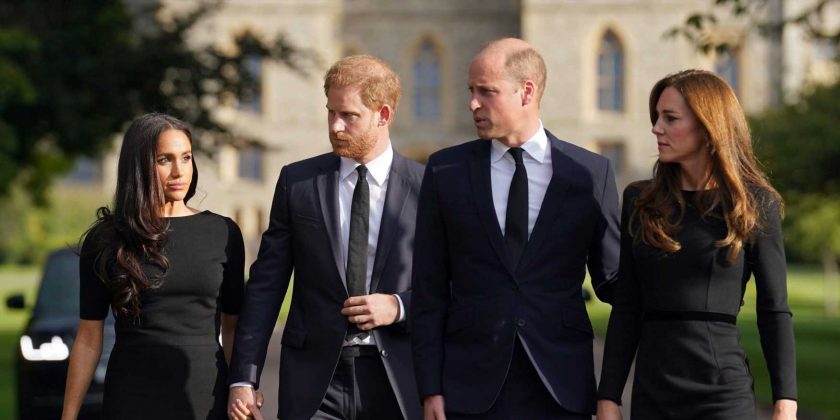 Prince William and Kate Middleton can probably breathe a slight sigh of relief, because Meghan Markle and Prince Harry didn’t speak about them all that much during the first three episodes of their docuseries, Harry & Meghan.

But the Cambridges did come up briefly when Meghan chatted about meeting them for the first time at Prince Harry’s Kensington Palace cottage—and implied they weren’t on board with her going in for a hug. (To be fair, Meghan said that hugging can be jarring for a lot of British people, not just them!)

I mean, Wills and Kate don’t exactly seem like the “hi lemme hug you” types. On the other hand, the Sussexes and Cambridges are known to have a tense relationship, so Meghan’s comment about their first meeting being less-than-warm isn’t a huge shock!

Meanwhile, Kate and William haven’t released a formal comment about the Sussexes’ docuseries just yet, but royal reporter Rebecca English tweeted this: “There are a lot of claims today about how BP will react to Harry & Meghan’s Netflix series. Some suggest it will be ‘swift and robust’. Actually it will be calm and measured. No-one is rushing into anything. This is about family, not just an institution.”