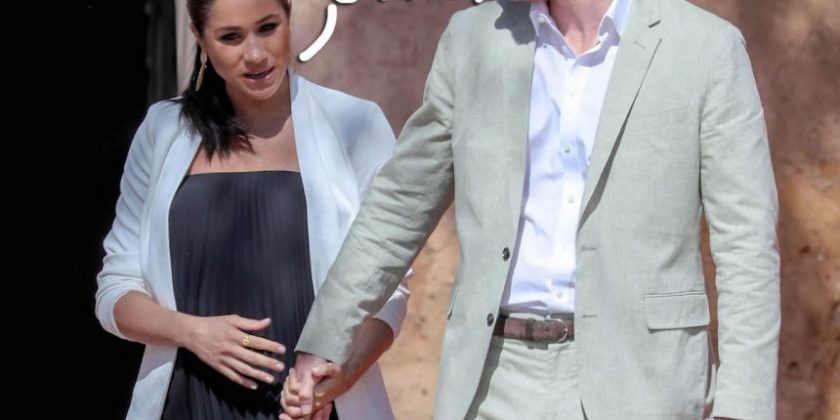 Seems like there’s a bit of a security problem going down at Frogmore Cottage, AKA the residence of Meghan Markle, Prince Harry, and baby Archie!

The larger grounds of Frogmore Estate, where their quaint cottage is located, are open to the public for three charity days from May 28 to 30 hosted by the National Open Garden Scheme, the British Heart Foundation, and the National Rheumatoid Arthritis Society, meaning visitors have the potential to get a glimpse at the family of three.

While no one has spotted the Duke and Duchess of Sussex just yet, fans of the royal family have claimed being able to “peer into” their windows and take pictures of the home as they walk past their gates, according to The Daily Mail.

A 59-year-old Michigan woman who attended the ticketed event joked with the publication:

“We were trying to look in the windows at the top of the house, but we did not see any signs of life.”

One fan got specific about just how close they were able to get to their home, and expressed their concern for how close they are to Heathrow Airport:

“Couple of windows open and two shiny cars out front so someone’s there… Mad how close you can get. Although how they’re getting Archie to sleep under this flight path is beyond me. Absolute racket.”

Not to worry, we’re sure he sleeps just fine! The new parents have reportedly spared no expense with outfitting their new home with a whopping £50,000 (about $63,112) in soundproofing equipment, plus additional renovations.

Despite the potential security issue, the Duchess has “really taken to motherhood,” a source spilled to Us Weekly. They continued, explaining:

“She’s so soft and gentle with Archie.”

The insider adds that the proud father has “been a very hands-on dad,” and is “on diaper duty”! LOLz, good luck!

Last week, a second source shared with Us Weekly that the new parents are still planning “to raise Archie the way that they want to,” and added that the former Suits star “likes to do things her way” when it comes to raising her son. No surprise there!

“She’s a very strong woman who wants to use her role to modernize the monarchy, which is one of the reasons she and Harry decided to reject a title for Archie. They want their son to lead a normal life.”

We’re itching for another update of their cutie, but not at the cost of their privacy!