There’s no place like home! Meghan Markle is happy about being back in her native Los Angeles following her departure from royal duties.

Meghan Markle Through the Years

The Suits alum, 39, opened up about returning to her roots in a backyard chat she had with Gloria Steinem for Makers Women released on Wednesday, August 26. In the clip’s opening, the 86-year-old political activist began by saying “welcome home” to Markle.

“I’m so glad that you’re home,” Steinem says to Markle, who replies, “Thank you. Me too, for so many reasons.”

Prince Harry, Meghan Markle’s Life in L.A.: Everything We Know

Markle and her husband, Prince Harry, announced their decision to step down from their senior positions within the British royal family in January. Leading up to the announcement, the couple broke tradition by spending the holidays in Canada instead of in England.

Us Weekly confirmed in May that the Duke and Duchess of Sussex had made their way to California, where they were residing at Tyler Perry’s Los Angeles-area mansion with their 15-month-old son, Archie. A source revealed that the couple “wanted to give Los Angeles a shot,” but Harry “absolutely hated” being there. 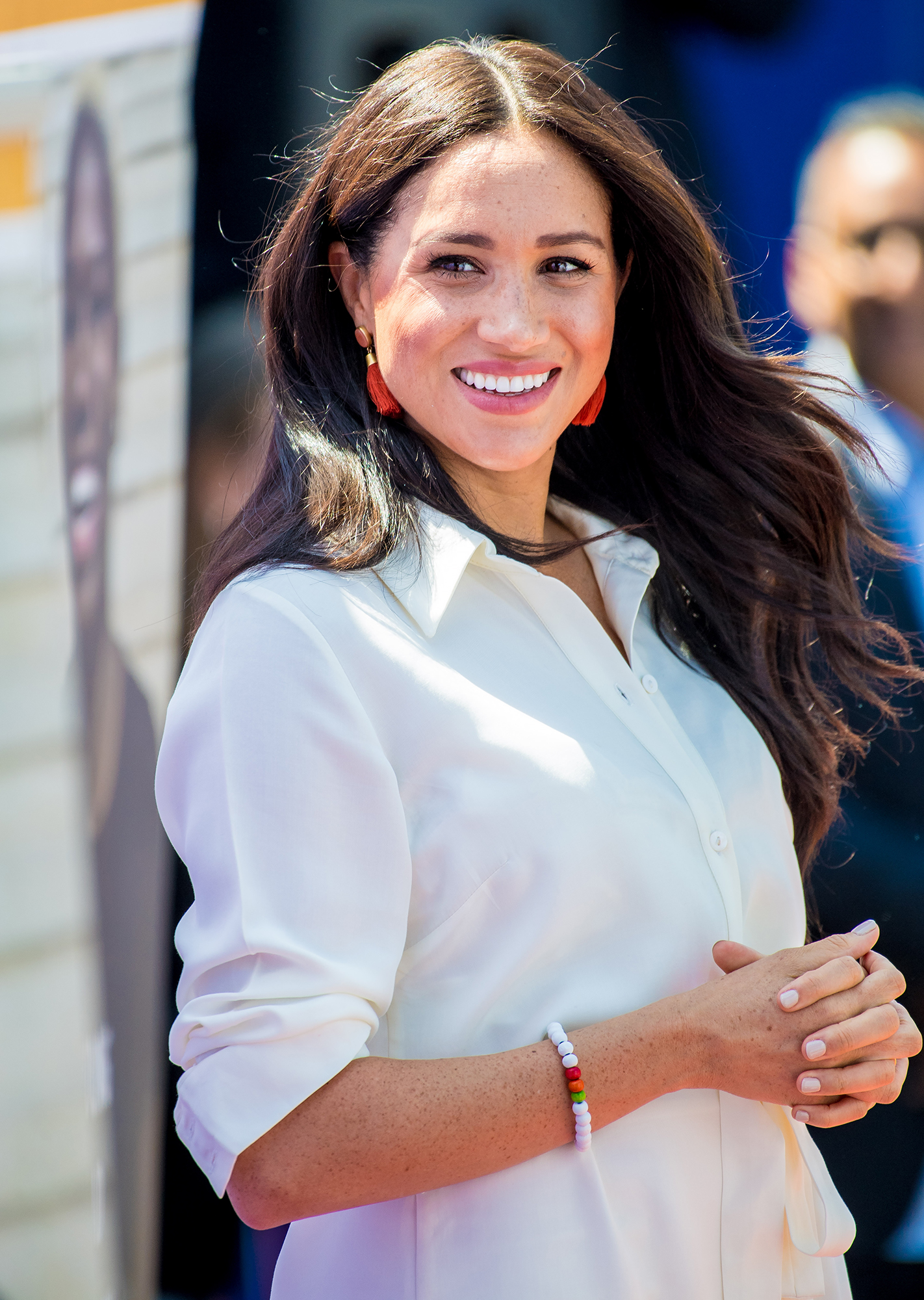 The pair ultimately purchased a $14.65 million home in June that’s located in Santa Barbara, California’s Montecito neighborhood. To secure the 18,671-square-foot property from Russian businessman Sergey Grishin, they took out a $9.5 million mortgage. Harry, 35, “could’ve asked [Prince] Charles to contribute toward the cost of the house, but he chose not to,” an insider told Us. The British Army vet felt that seeking help from his family meant that he was “going backwards.”

The duo have big plans to make the massive residence their own. Earlier this month, a source confirmed to Us that they’re “converting one of the guesthouses into a home” for Markle’s mom, Doria Ragland. The former lifestyle blogger also plans to update some of the rooms, including the kitchen and Archie’s bedroom.

Cristal Clarke, a luxury property specialist for Berkshire Hathaway HomeServices, exclusively told Us how Montecito is the perfect place for the royals.

“The neighborhood of large homes and estates Harry and Meghan have chosen is ‘off the beaten path,’ so to speak, and is reached via charming country-like roads often intersected by private lanes,” the real estate expert shared on August 14. “Because of the sizes and values of the neighborhood’s luxury properties, security is quite robust and responsive.”

Listen to Us Weekly’s Hot Hollywood as each week the editors of Us break down the hottest entertainment news stories!