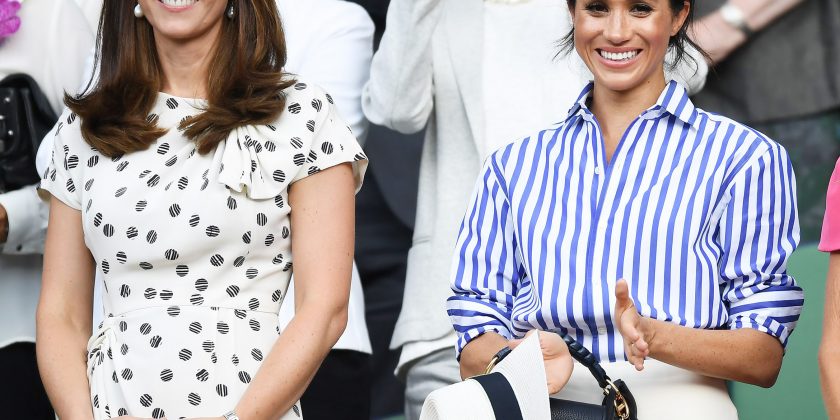 Thomas Markle hasn’t had any contact with his daughter in months, but he said in a new interview that he was surprised by the recent reports of a feud between Meghan Markle and Kate Middleton.

Speaking about the way Meghan has been portrayed in the reports, Thomas, 74, told The Mail on Sunday, “I don’t recognize this person.”

“The Meghan I know was always sweet, kind, generous,” he added. “She was always demanding but never rude.”

The interview was published shortly after Kensington Palace issued a rare denial amid feud rumors in early December, responding to a report that Kate, 36, had gotten angry with Meghan, 37, over how she treated Kate’s staff ahead of her wedding to Prince Harry in May.

Thomas went on to share that he “taught” Meghan to always have respect for those who worked behind the scenes.

“Meghan grew up on set,” said Markle, a former lighting director on TV shows such as Married…With Children and General Hospital.

“I taught her to have respect for the crew. They can make you look good or awful,” he told The Mail on Sunday.

He admitted that because of their lengthy separation, “I don’t pretend to know what she’s like now.”

Thomas has indicated that he has not spoken to his daughter since she married Harry on May 19.  After publicly wavering on the decision, Thomas did not attend Meghan’s wedding in May, citing heart problems. In his absence, Prince Charles stepped in and walked Meghan down the aisle after she “sadly” confirmed days before the nuptials that Thomas would not be attending the wedding as originally planned.

Thomas has since made controversial statements about his daughter, such as declaring that Meghan seemed “terrified” of her new duties in July and comparing the royal family to a “cult” in August. Also that month, Thomas admitted that he lied to Harry about staged paparazzi photos as the couple was preparing for their special day.

Although the palace chose to respond to the report about Kate and Meghan’s alleged feud over Meghan’s treatment of staffers, they said that they will not be drawn into additional reports — including one that said Kate was “left in tears” after a fitting for Princess Charlotte’s bridesmaid dress ahead of Meghan’s wedding. PEOPLE previously confirmed that the incident did take place.

Several insiders have told PEOPLE that there was a notable amount of “stress” surrounding those involved in the wedding. Still, a royal wedding guest previously told PEOPLE that Prince William “was in a jokey, wonderful mood” at Meghan and Harry‘s private evening reception — and that Kate was in “great form.”

During the interview, Thomas also revealed that he had even “hand-delivered a letter” to Meghan’s mother, Doria Ragland — who has remained close with Meghan — asking if she knew “why our daughter won’t speak to me.”

“I have made dozens of attempts to reach my daughter via text and letters, but she and Harry have put up a wall of silence,” he told The Mail on Sunday.

Amid reports of tension, PEOPLE confirmed earlier this week that Kate and her husband Prince William will be joining the rest of the royal family, including Harry and Meghan, in Norfolk for Christmas with Queen Elizabeth at Sandringham.

Will and Kate will stay at their nearby home of Anmer Hall with children Prince George, 5, Princess Charlotte, 3, and 7-month-old Prince Louis. The specifics on where Harry and Meghan are staying haven’t been provided “at this stage.”

Meghan may also be joined by her mom, who has reportedly been invited to join them for Christmas by the Queen.

Contrary to reports of tension between brothers William and Harry and their wives, a source recently told PEOPLE that the couples enjoyed a memorable first Christmas together last year, when Meghan made her debut walk to church with the royal family on Christmas Day.

“They really loved Christmas and all had a wonderful time,” the source said. “I think the two women got on — they are definitely not best friends, but it was a really special time for them all to spend together.”