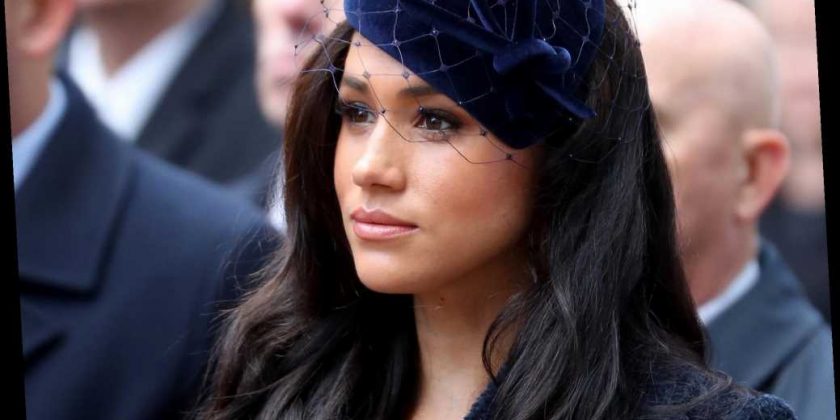 Following the heartbreaking news of Supreme Court Justice Ruth Bader Ginsburg's death on Friday, tributes honoring her legacy as a champion for women's rights began to flood the internet — including a personal tribute from fellow feminist Meghan Markle.

Joining the growing list of celebrities, public figures, and politicians on both sides of the aisle, the Duchess of Sussex mourned the loss of the late jurist with a touching statement. "With an incomparable and indelible legacy, Ruth Bader Ginsburg will forever be known as a woman of brilliance, a Justice of courage, and a human of deep conviction," Meghan said in a statement via her representatives, according to Town & Country. "She has been a true inspiration to me since I was a girl." She signed off with a call to action for fans, adding: "Honor her, remember her, act for her.”

Like RBG, Meghan has been a longtime advocate for gender equality, and at just 11 years old, she wrote a letter to Proctor & Gamble urging them to rethink the language in an ad she perceived as sexist. The original script for an Ivory dish soap commercial read, "women are fighting greasy pots and pans," and Meghan's suggested replacing "women" with simply "people."

"I don't think it's right for kids to grow up thinking these things where just mom does everything," she said in the clip from 1993. "It's always, 'mom does this, and mom does that.'"

Maintaining her status as a true feminist icon until the very end, RBG, who was regularly criticized by the Trump administration for her politics, revealed her final aspiration: "My most fervent wish is that I will not be replaced until a new president is installed," she reportedly told her granddaughter Clara Spencer, days before her death.