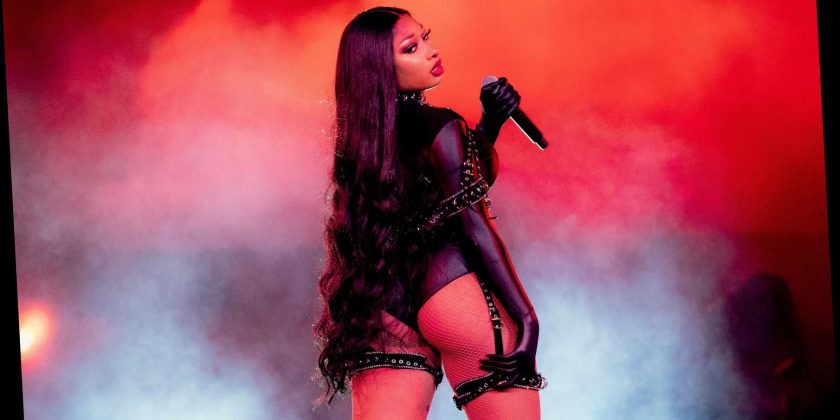 Pretty sure if Megan Thee Stallion earned $1 for every time someone did the “Savage” TikTok dance, she’d be a billionaire—but honestly, just give it time because her current net worth is im-press-ive. Especially for those of us whose personal net worth is, like, one chicken nugget.

Megan’s career has been wildly successful, particularly in 2020 with both “Savage (Remix)” featuring Beyoncé and “WAP” securing the coveted #1 spot on the Billboard Hot 100 chart, “Body” absolutely dominating, and TIME naming her one of their most influential people. And yeah, obviously all those streams have lead to a lotttttt of cash.

So, What’s Her Net Worth?

According to Celebrity Net Worth, that’d be $3 million—which is a lot of money!!!! But, here’s the thing…

Her Record Label Allegedly Screwed Her Over

Three million dollars is a lot of money, but Megan might have even more if it wasn’t for her record label 1501 Certified Entertainment, who she sued in March 2020. Megan claims her contract allowed 1501 to “literally do nothing, while at the same time taking for themselves the vast majority of [her] income from all sources.”

Rolling Stone checked out Megan’s original 1501 contract (signed February 4, 2018) and apparently, she was given a signing bonus of just $10,000 (sounds like a lot, but it’s really not for this industry!) “as an advance towards future earnings,” and the royalties split was 60/40—with them taking the majority.

Rolling Stone also reported that, under the terms of the contract, 1501 Entertainment got 30% of “almost all of Megan’s sources of income,” and they had the exclusive rights to her name/likeness, and they wanted 30% of her $ for any other endeavors—like TV, film, etc. 1501 Entertainment CEO Carl Crawford accused Megan and her team of using a “strong-arm tactic” so that he would renegotiate her contract, telling Billboard, “You think Jay-Z would have gave her part of her masters on her first deal with Roc Nation? F–k no. Then, she’s getting $100,000 a show and she don’t want to pay up.”

The case is currently pending, so, well, let’s move on for now!

Ahem, for Those of You Wondering About “WAP” Money

It’s too early to know exactly what they’ve earned from the song so far, but Cardi B and Megan Thee Stallion announced that they were partnering with Twitter and Cash App to give away $1 million.