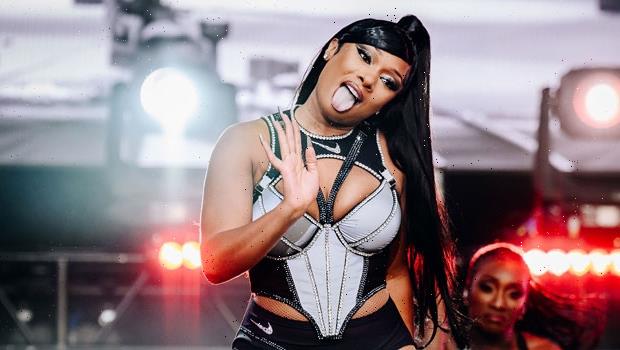 Megan Thee Stallion has stunned in a white corset top and long sheer gloves ahead of her performance at Austin City Limits.

She paired the strappy ensemble with white garters on her thighs, and towering gold pumps which matched the accents on the belt buckles. It came just hours before she took the stage for a music festival, and was joined by none other than Miley Cyrus, 28, who ran out onstage at Austin City Limits.

A fan video showed the moment the “Wrecking Ball” singer snuck up from backstage to surprise Megan in the middle of her set. Megan looked shocked and the pair twerked together as the crowd cheered them on. The “Savage” rapper most recently opened up about dance in a new Nike commercial. 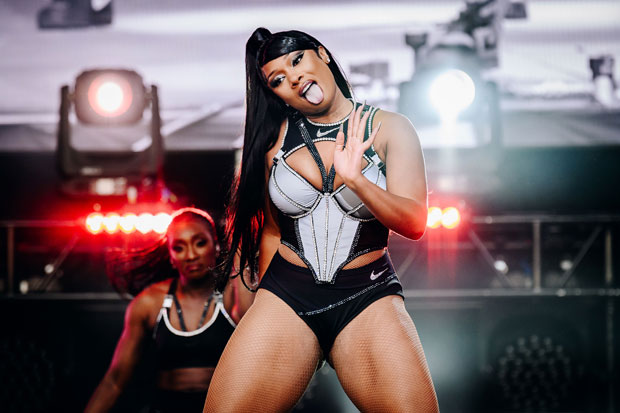 In the promotional video posted on Nike’s Instagram page, Megan recounted the story of growing up a tall girl with an athletic body, as many people told her to try basketball or volleyball. “I tried them all, but they just weren’t for me,” Megan explained “I knew I had to find MY passion and do what made ME happy.” The Grammy winner revealed that she ultimately settled on dance and realized performing was her sport. “Dance is my sport. Performing is my sport. Rapping is my sport. And if you think this don’t take no work and no effort and no sweat, you’re wrong.”

She continued, “Dance was something that stuck with me and sat right in my spirit. I love my body, first of all. That’s number one. I’m curvy, I’m thick, I’m tall. But I definitely want to make sure I’m keeping myself healthy, mentally and physically.” The Houston, Texas native then explained that “Real Hotties support other Hotties,” encouraging athletes of all kinds to “spray positivity.” We love the message!