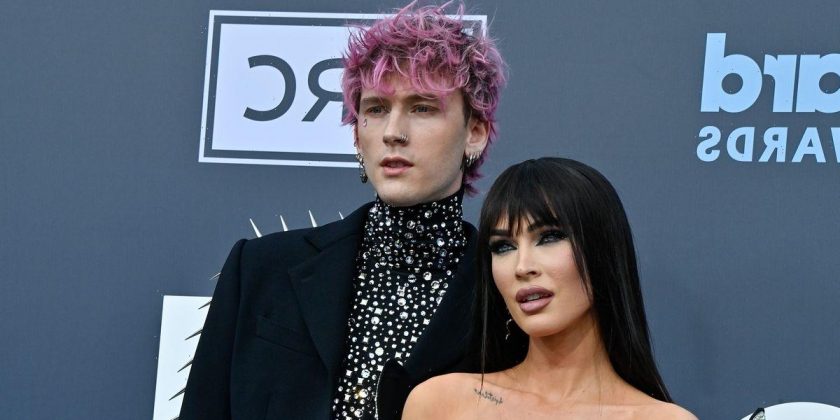 Machine Gun Kelly has sparked speculation he and fiancée Megan Fox could be expecting their first baby together after dedicating a song to "our unborn child."

The 32 year old musician took to the stage at the Billboard Music Awards in Las Vegas on Sunday to perform his track Twin Flame.

And after the performance, which was broadcast live from the MGM Grand Garden Arena, MGK – real name Colson Baker – dedicated the song to the 36 year old actress who is celebrating her birthday today.

As the rock star finished playing his guitar, he said to the audience: "I wrote this song for my wife." He then added: "And this is for our unborn child."

Fans were also left confused by the musician calling the stunning actress his wife, with many wondering if they're already married in secret.

MGK hinted that the pair might elope while appearing on The Late Late Show with James Corden in February.

Talking about their future wedding, he told the Gavin and Stacey star: "The location is hard. Trying to find a spot that matched my artistic [vision]." The couple announced their engagement in January, as Megan shared a sweet and romantic video on Instagram of the rocker getting down one knee, proposing at the same spot they had their first date.

She captioned the video: "In July of 2020 we sat under this banyan tree. We asked for magic.

"Somehow a year and a half later, having walked through hell together, and having laughed more than I ever imagined possible, he asked me to marry him." The pair then claim to have drank each other's blood.

MGK proposed to the actress with a stunning emerald and diamond sparkler that he designed himself – with a specific detail added to it, he later revealed.

The ring is said to have thorns on the inside so that it hurts if Megan tries to take it off.