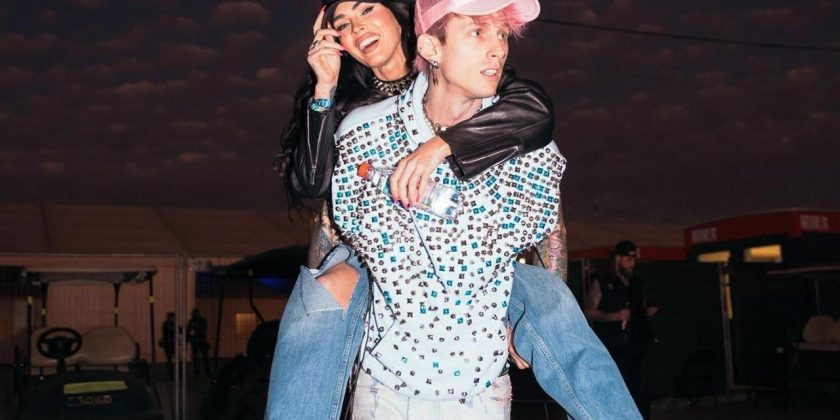 The ‘Transformers’ beauty, who identifies herself as a bisexual, sends her fans into a frenzy after announcing that she is currently looking for a female partner despite being engaged to MGK.

AceShowbiz –Megan Fox, who identifies herself as bisexual, is on the hunt for a girlfriend despite being engaged to Machine Gun Kelly. The “Transformers” actress announced on social media that she’s currently “seeking a girlfriend” and her fiance has responded to her post.

On Friday, December 30, the 36-year-old actress turned to her Instagram feed to share a series of cleavage-baring backseat selfies as she teased her fans that she’s looking for a girlfriend. In the cheeky photos, she could be seen sporting a furry fuchsia bucket hat and a cleavage-baring bustier.

“Currently seeking a girlfriend. Please submit applications in the DMs,” so Megan captioned her post. In the comments section, the “Jennifer’s Body” star’s soon-to-be husband wrote, “i don’t think you have the filing capacity for this request,” seemingly reminding her that she’s soon to be married.

Despite MGK’s comment, many of her fans were excited. “ITS ME… HI !!!!!!!” one person commented. Another added, “HI *louder and more seductively than everyone else*.” A third chimed in, “I VOLUNTEER AS TRIBUTE.” Someone else joked, “You already have a gf though that tall skinny blonde thing that calls itself machine gun or something.”

Megan has long been open about her sexual fluidity. She first opened up publicly about her sexual identity in a 2008 interview with GQ. “I just think that all humans are born with the ability to be attracted to both sexes. I mean, I could see myself in a relationship with a girl,” so she told the magazine.

A year later, Megan claimed that she believes everyone was born “bisexual” during an interview with Esquire magazine. “I think people are born bisexual and they make subconscious choices based on the pressures of society,” the “Teenage Mutant Ninja Turtles” actress explained. She then pointed out, “I have no question in my mind about being bisexual.”

Last year, Megan proudly celebrated her “over two decades” of bisexuality. “Putting the B in #LGBTQIA for over two decades,” she captioned a Pride Month selfie, in which she showed off a rainbow manicure.