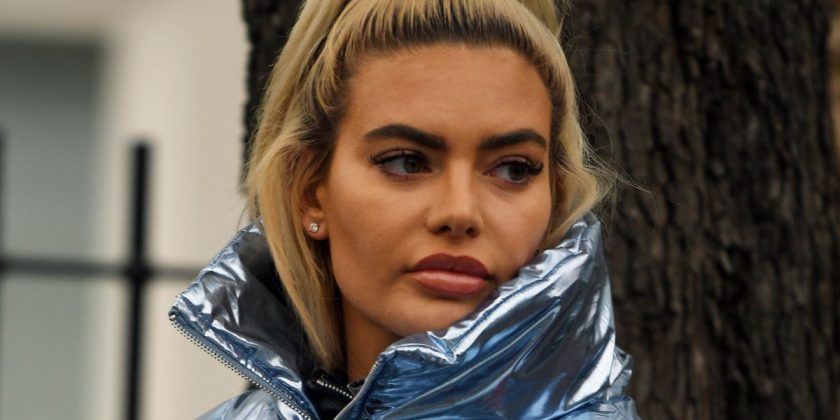 A week on from their break-up, Megan Barton Hanson’s thoughts have already turned to her and Wes Nelson’s prospective new partners.

In a candid interview with Grazia magazine , newly single Megan admitted she and Wes had been the most doubted couple in the Love Island villa and eventually broke up as they wanted different things.

Appearing to make a jibe at Wes by saying she wanted a bloke that was ‘nice and normal,’ Megan added that whoever Wes dated next would be ‘very lucky’ to have him.

Her comments come after Dancing on Ice viewers claim to have noticed some sizzling chemistry between Wes and his Dancing on Ice partner Vanessa Bauer.

The couple danced a romantic Peter Pan inspired routine on Sunday night’s show and took away the highest score of the night – and the series so far.

Christopher Dean was so impressed he got up to shake Wes’ hand. While Jason Gardiner hailed them a ‘wonderful partnership.’

Megan has previously asccused ITV bosses of sabotaging her relationship, claiming they had ‘conspired to split her and Wes’ by partnering him with the ‘youngest, hottest girl.’

Megan vented to OK! magazine: "Also the judges making comments like Jason [Gardiner] saying that Wes and Vanessa made a ‘lovely couple’ was frustrating.”

This week r elationship expert Judi Jame s revealed that while Wes and Vanessa’s relationship may appear platonic, there might be more to their relationship than he’s willing to admit.

Judi said: "Off the ice they have so far avoided looking romantic, with Wes gazing off into the distance last week like a man who might turn to stone if caught using eye contact on his dance partner.

"I’ve seen no exchanged glances or small touches that go beyond the norm for a show like this. However, the joy of doing well is bringing a thaw to his upright, eyes-to-front reserve and last night the couple did look more relaxed together off-ice.

"Another clue could be the sheer alpha style of Wes’s skating last night. He looked dominant, physically strong and in control on the ice and that must have been partly down to Vanessa’s ability to make him feel like that."

Giving her verdict, Judi said: "One thing we learnt about Wes on LI is that he likes to come across as the good guy to his fans and that means bluffing it out when he’s been naughty.