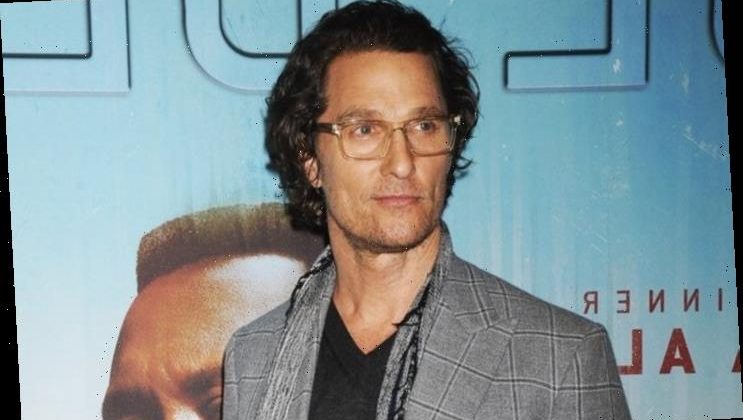 The ‘Dallas Buyers Club’ actor reveals he was once so upset with his mother that he stopped talking to her for years after she aired their private conversations to the media.

AceShowbiz –Matthew McConaughey stopped talking to his mum for eight years after realising she was sharing their conversations with the media.

The Oscar winner reveals he was dumbfounded when private matters became tabloid gossip and as he investigated, he quickly realised his mother, Kay, was behind the leaks.

“I would have conversations and then all of a sudden… what we’d talk about would end up in the paper three days later,” the Dallas Buyers Club star said during an appearance on “The Howard Stern Show“. “I was like, ‘Mum, that was between us!’ “

He admitted the final straw came when he saw his mum giving a TV camera crew a tour of his childhood home.

Matthew is no longer estranged from his proud mum and told Stern, “It wasn’t her fault. I just had to make some boundaries. It was tough for eight years, but we went through it and we’re on the other side of it. It’s good.”

Matthew McConaughey is gearing up for the release of his memoir. He talked about his parents’ volatile marriage in his memoir. “They were, at times, violent,” he shared. “As I say in the book, that is how they communicated. They were divorced twice, married three times, I mean, yeah, it was like the Pacific Ocean in a storm.”

His father James Donald “Jim” McConaughey even told him and his brothers once, “Boys, when I go, I’m gonna be makin’ love to your mother.” The actor said, “And that’s what happened. He had a heart attack when he climaxed.”

“I got a call from my Mom. ‘Your dad died.’ My knees buckled. I couldn’t believe it,” he recalled. “He was my dad. Nobody or nothing could kill him. Except mom.”