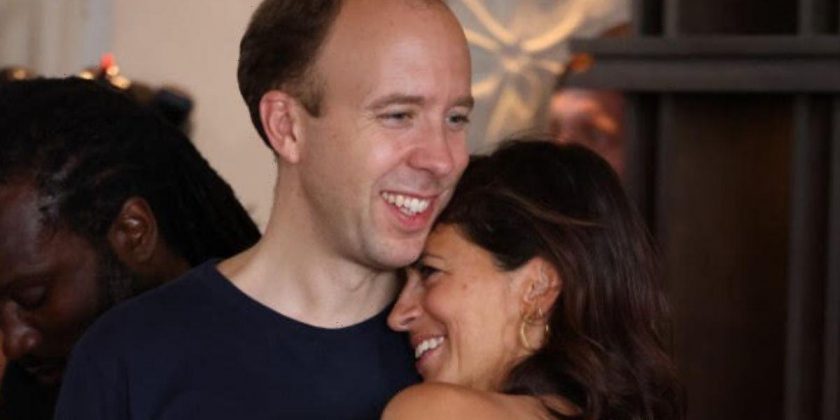 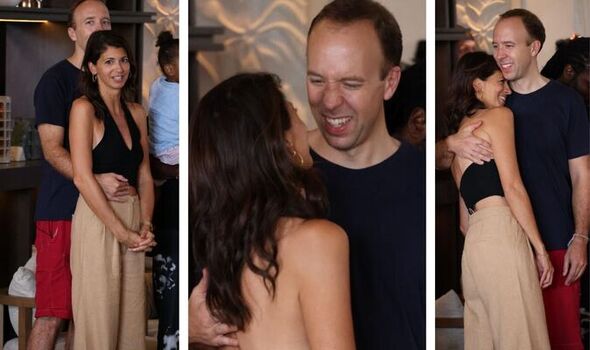 Matt Hancock is celebrating the end of his jungle ordeal

Matt Hancock looked like a lovestruck teen in the throes of romance when he reunited with girlfriend Gina Coladangelo at a luxury hotel on Australia’s Gold Coast today.

The chemistry between Matt Hancock, 44, and girlfriend Gina Coladangelo, 45, was evident for all to see when he reunited with her after his sensational exit from the Australian jungle on Sunday.

Matt, who finished third in the competition after losing out to the ultimate winner, Lioness Jill Scott, headed to the luxurious JW Marriott Gold Coast Resort and Spa hotel, where he has spent the past day.

Boasting pool facilities and idyllic ocean view rooms, the hotel – which typically charges from £256 per night – is a far cry from the brutal back to basics conditions he endured in the jungle, and he looked elated to be back by Gina’s side.

Clad in bright red shorts and a navy blue tee, he caressed her waist and shoulders, planting a kiss on her forehead and at one point burying his head in her shoulder as he recovered after his gruelling Bushtucker Trials.

He looked like a lovestruck teenager with his former aide, following an embarrassing episode last year when he was caught on camera kissing her, which spelt the end of his 15 year marriage to wife Martha.

Matt has also come under fire for abandoning his MP role in the UK to accept a reported £400,000 fee for appearing in the jungle, while some members of the public are still fuming after he broke his own social distancing rules during the Covid pandemic.

A spokesperson for Matt Hancock has since said: “Matt will be in West Suffolk this week and the second reading of his Dyslexia Screening and Teacher Training Bill will be heard in Parliament on Friday.”

Matt Hancock and Gina Coladangelo pose for the cameras

Making his first public appearance since leaving the camp in the depths of the Australian jungle, Matt Hancock looked relaxed, rested and ready to take on new challenges. He strode into a photo call with girlfriend Gina by his side.

Matt Hancock presented a display of unity with Gina

Now in an official relationship with Gina Coladangelo after splitting from his wife of 15 years following the cheating scandal, Matt Hancock planted an affectionate kiss on her forehead as the pair looked loved up at the Gold Coast. Gina looked loved up rather than revulsed in spite of the very unsavoury diet she has seen him eat on I’m A Celebrity this month.

As the public speculate over whether he will abandon his role in Parliament altogether in favour of attempting a showbiz career, Matt Hancock is keeping his lips sealed, and he merely smiled when he was quizzed about the prospect at the Marriott hotel.

During his stint on I’m A Celebrity, Matt Hancock was forced to eat cockroaches, cow anus, sheep vagina, camel penis and mealworms – and the disgust on his face clearly showed.

Last year, when photos of Matt Hancock and aide Gina enjoying a smooch first surfaced, Matt was forced to resign as health secretary and criticised for breaking his own social distancing rules. Since then, he has continued his romance with Gina and used the opportunity of appearing on I’m A Celebrity to ask for “forgiveness” for past actions.