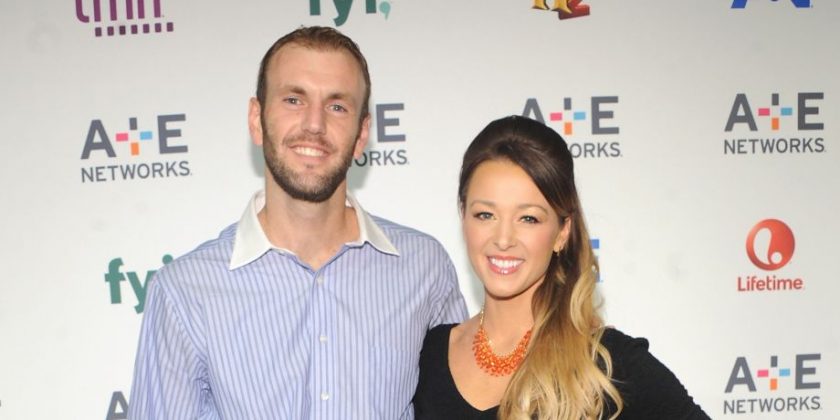 Jamie Otis and Doug Hehner were featured on the first season of Married at First Sight and they have just revealed that they are expecting another baby. Jamie and Doug have been open about wanting to make their daughter, Gracie, a big sister and after some rough moments during this journey it looks like they’re on their way.

Reality television fans will remember Jamie Otis from her time on Ben Flajnik’s Bachelor season, as well as a go at trying to find love on Bachelor Pad. Neither of those opportunities worked out, but luckily, the match between Jamie and Doug on Married at First Sight actually stuck and the two have been together since appearing on the reality television show together back in 2014.

The Married at First Sight stars have been quite open about their struggles to build a family. As People notes, Jamie and Doug grieved when they lost their first pregnancy back in the summer of 2016. They lost that baby four months into Otis’ pregnancy and went on to name the baby boy Johnathan Edward.

Doug and Jamie welcomed Henley Grace, whom they call Gracie, in August of 2017, and they’re clearly over-the-moon in love with her. It didn’t take long before the MAFS couple felt the desire to work on making Gracie a big sister, and last September, they thought they were on their way.

As the Inquisitr shared last fall, Jamie and Doug learned soon after sharing her positive pregnancy test that things had not worked out as planned. Otis learned she’d had a chemical pregnancy and that Gracie wasn’t going to be a big sister yet.

Otis has been quite open about additional challenges she and Hehner have faced in adding another child to their family, and the MAFS stars note that they’re sensitive to other families who struggle to conceive. Despite all of that, Jamie and Doug just revealed that they’re expecting again and now she has shared her first baby bump photo of this pregnancy.

My little family ?‍?‍? how did I get so lucky to have these two beautiful girls in my life? – …btw, we are sharing BIG NEWS on our first episode of Hot Marriage Cool Parents! If you haven’t subscribed, what are you waiting for?!? Please subscribe so you don’t miss out! And if you wouldn’t mind jotting down a person or two you would want to hear on the podcast in the comments below we will reach out and make it happen for ya bc we are launching this so we can hang with YOU and Make YOU smile and laugh every week …so please join us!?? (link in bio to subscribe!) We’re so [email protected] @henleygracehehner #family #mygirls #thebest #mylittlefamily #fambam #gangsallhere #luckyguy #myworld #MAFS #marriedlife #podcast #hotmarriagecoolparents

Jamie is just eight weeks along in this pregnancy, so there admittedly isn’t much of a baby bump visible yet. Regardless, Otis shared a shot via her Instagram page and she’s obviously very excited to be at this stage of this pregnancy. She’s shared that she’s been quite nauseous up until now, but she sure looks happy and her fans totally get it.

Married at First Sight fans cannot wait to see additional updates from Jamie Otis and Doug Hehner as this pregnancy moves forward. Everybody is hoping that things progress smoothly so that Gracie can soon become a big sister in a matter of months, just as Jamie and Doug have been anxiously waiting to see happen.