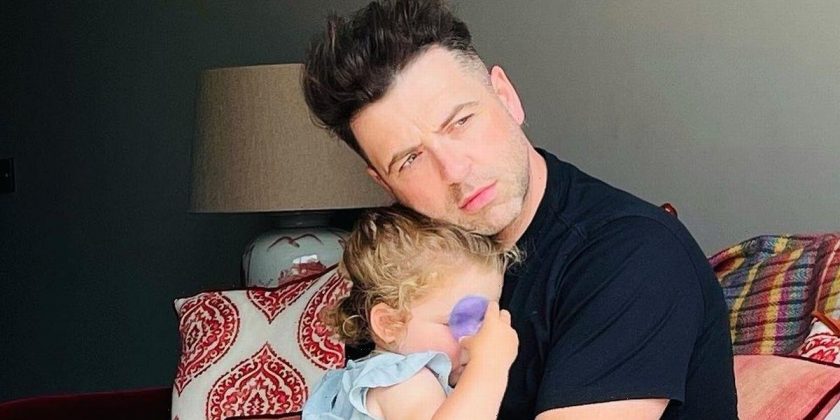 Mark Feehily has revealed it's been a bit of a struggle to try and "juggle" parenting his two year old daughter Layla and create and perform new music with his band Westlife.

The 41 year old Irish singer, who is engaged to fiancée Cailean O'Neill, revealed he's lucky that his little girl is already very musical, and she often joins in when he's got work to do.

It comes as the popular boy band announced they are embarking on a new tour to perform all their biggest hits around the UK in 2022.

Sharing the news on Friday, October 29, the group – which also consists of Shane Filan, who recently opened up about his late dad, Nicky Byrne and Kian Egan – are excited to get back to doing what they do best and also show off their new album Wild Dreams.

Yet ahead of the new tour, Mark also revealed the band are writing and creating new music for their album Wild Dreams too, but insisted he's trying hard to manage both roles as a father and famous pop star.

He told The Mirror: "I am doing my best to juggle parenting with all of our new music.

"The best thing is that Layla loves music and singing.

"So she will definitely be coming to a gig or two to see daddy do his thing."

The boyband star added: "I cannot wait for it."

The songwriter also revealed he treasured the time spent with his little girl in lockdown during the pandemic, because it was such a novelty.

Without the usual work commitments and travel involved in his career, Mark was able to focus solely on being a dad and watching her learn "new things everyday".

Calling those months "perfect", Mark went on to gush: "Our little girl is the best thing to happen to me and Caileane, she is gorgeous.

Westlife's upcoming tour will see the boys belt out the likes of Flying Without Wings to packed-out arenas, and they are also expected to perform a sold-out show at London's Wembley Stadium.

"We are incredibly excited to announce news of The Wild Dreams Tour and to finally get back performing to all of our fans at the UK’s biggest arenas," the band excitedly told their fans.

"After the last 18 months, this tour means more to us than any that we’ve ever done before. It will be a massive celebration and will bring us closer to our fans than ever before.

"We’re planning some spectacular shows which will include all of our greatest hits and some special surprises," the statement added.

Along with their classics tracks and new songs, the boys will perform their new single Starlight in the tour.

For all your latest updates on Westlife stars, sign up to OK!'s daily newsletter.