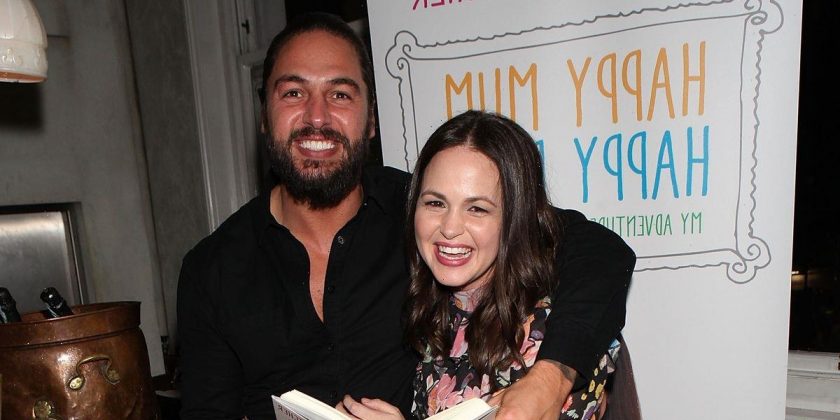 Former TOWIE star Mario Falcone has shared a rare snap of his and Giovanna Fletcher's sister as he paid tribute to her on her 40th birthday.

Whilst Mario, 34, an ex-TOWIE star and Giovanna, 37, wife of McFly singer Tom Fletcher, are largely in the public eye, their eldest sister Georgina is not.

Mario posted two snaps of the three siblings smiling together, looking like they were on holiday, before a second snap showed them smiling together on Mario's wedding day to his wife, Becky Meisner.

Alongside the snaps, Mario wrote: "A very happy 40th birthday to my big sister @giorgina_falcone. I look forward to many more years of making memories, laughing and corrupting @mrsgifletcher with our rigged UNO games! Love you lots #mejulie #demdarules."

Mario – who used to date Lucy Mecklenburgh on TOWIE – married his wife Becky in June of this year, and the bride looked stunning in a fitted plunge lace wedding gown and her brunette locks styled into a sleek 'do, while her new husband looked incredibly dapper in a smart tuxedo suit.

As well as his beloved sisters, celebrities such as former Geordie Shore star Vicky Pattison were in attendance at the wedding, which took place in Italy.

After they posted pictures of their nuptials, fans flocked to send their congratulations, with one person writing: "Ahhh stunning. Need to see more."

Another follower cried: "Ahhh congratulations what a stunning wedding dress."

"Congratulations to u both hope u have fab time," another fan added.

Others shared their well-wishes that the pair could finally tie the knot after two postponements.

Mario and Becky got engaged in 2017, after he popped the question to his stunning other half, in an idyllic paradise setting in Santorini, surrounded by nothing but ocean.

He announced the news by posting a snap of the pair on holiday, as he wrote: "She said yes! So very happy."

Mario's fans were quick to offer their congratulations, as one commented: "CONGRATULATIONS! When I saw that setting last night I thought you might be up to something!"

He's previously opened up to OK! about how he knew Becky was 'The One', as he said: "She’s my best friend, simple as that. I feel like I can tell her anything. It’s just such a good relationship, which I’ve never had before.

"Not going on TOWIE full time also means you haven’t got other people playing in your relationship," he added.