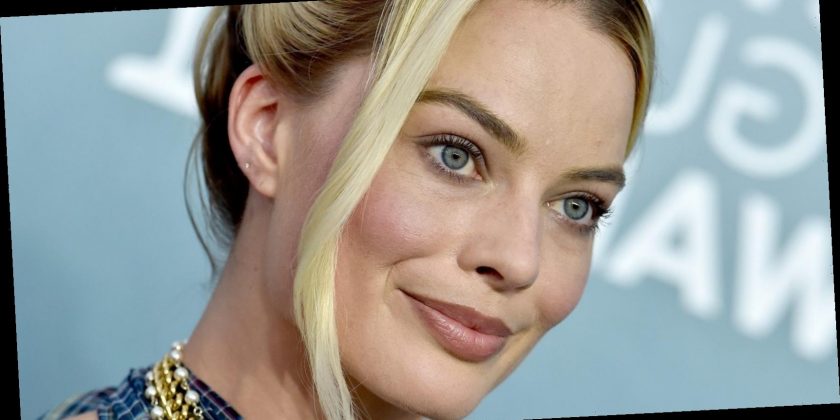 Margot Robbie is the latest Hollywood actor to celebrate the sisterhood, by sharing her favourite moment from the SAG Awards 2020.

This year’s Screen Actors Guild Awards ceremony was truly a celebration of Hollywood’s sisterhood. Jennifer Aniston holding hands with Elisabeth Moss on the red carpet was symbolic of this. Fleabag’s Sian Clifford also talked about how much she trusted Phoebe Waller-Bridge to write Claire’s character so well for the series. And Parasite’s win was a big step in the right direction for Asian representation in Hollywood.

Now, actor Margot Robbie has shared her favourite personal moment from the event – and it continues the sisterhood celebrations.

Robbie is currently enjoying awards season nominations with two roles: Sharon Tate in Once Upon A Time In Hollywood, and Kayla Pospisil in Bombshell. These roles earned her nominations for Best Supporting Actress and Best Ensemble performance at this year’s SAGs. However, Laura Dern (Marriage Story) and Parasite won the categories respectively.

But that didn’t stop Robbie from enjoying the night.

The actor, who rarely shares anything on social media, uploaded a photo of her hugging Meryl Streep onto her Instagram account. She captioned it: “Probably my favourite moment of the #sagawards.” Photos also show them posing alongside fellow co-stars Zoe kravtiz and Charlize Theron.

It’s not the first time Streep and Robbie have shown their respect and admiration for each other in an embrace. The pair enjoyed a group hug, along with Sally Hawkins and Saoirse Ronan, at the Oscars in 2018. They were both nominated for the Best Actress Award, which Frances McDormand went on to win.

The hug happened after McDormand delivered a very powerful speech. “If I may be so honoured to have all the female nominees in every category stand with me in this room tonight,” she said.

And the scene could be recreated this year, as Robbie is up for Best Supporting Actress for Bombshell, while Streep’s Little Women is nominated for six awards (frustratingly, this doesn’t include Best Director for Greta Gerwig).