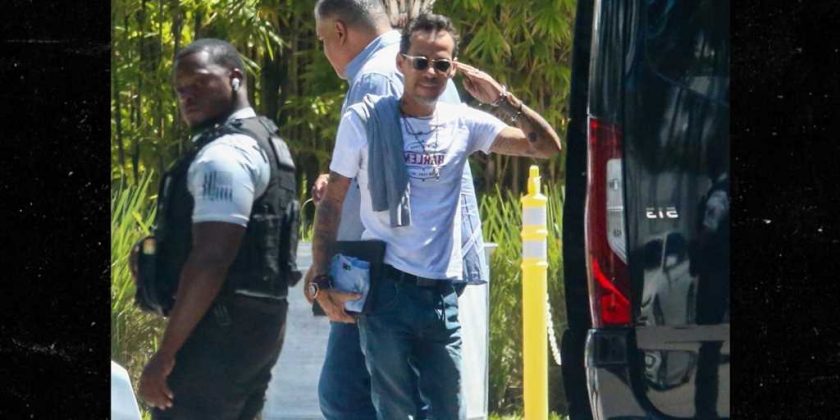 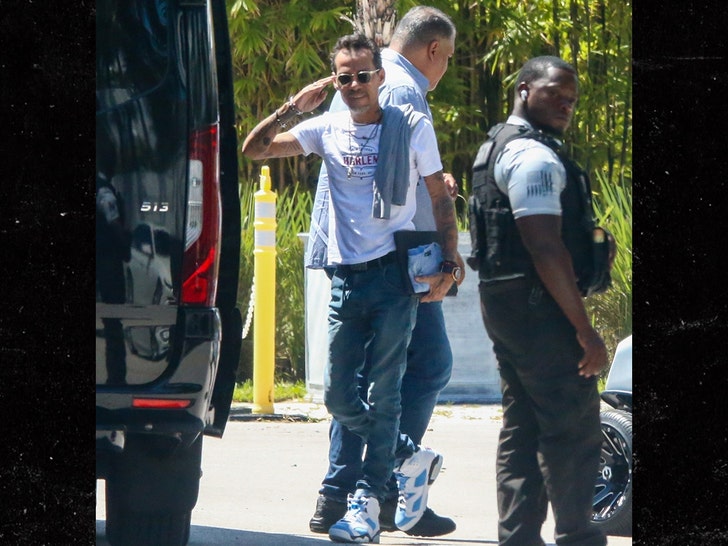 Marc Anthony was looking pretty chipper this weekend — waving to dock workers and flashing a big grin … this amid missing his ex-wife’s second wedding with Ben Affleck.

The Latin superstar was seen throwing up salute gestures to guys working out in a marina down in Miami — where MA’s apparently got a boat of his stationed — and as he was being escorted to a waiting sprinter van to whisk him away … he was in a greeting mood. 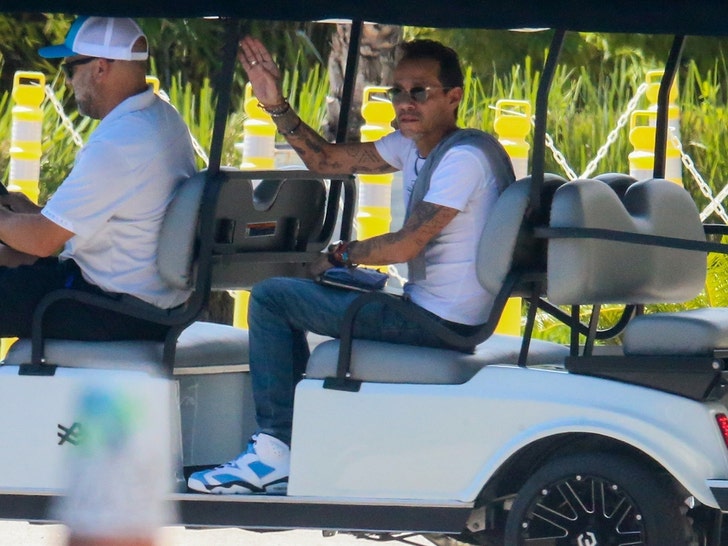 Of course, he’s a ways from Georgia … where his Jennifer Lopez was saying “I do” with her new hubby with friends and family around. But that bunch obviously didn’t include Marc.

The massive shindig also didn’t see Ben’s own ex-wife, Jennifer Garner, in attendance — although she was sort of in their neck of the woods … randomly popping up at a Sam’s Club in West Virginia Saturday just as all the festivities for Bennifer were getting underway. 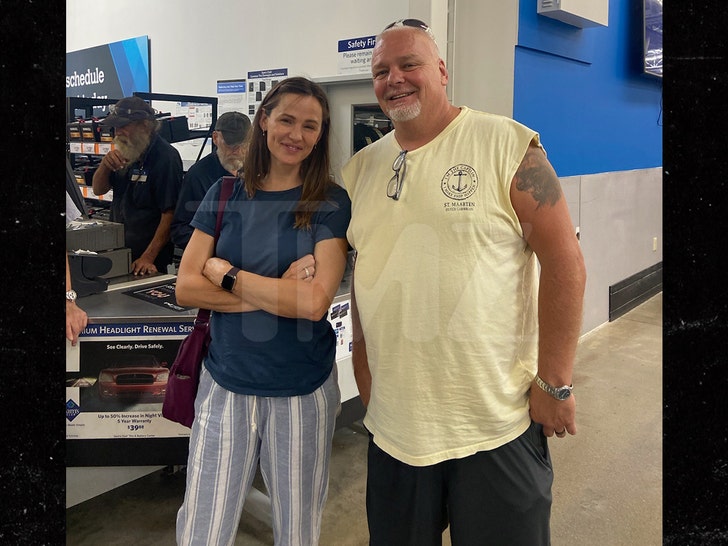 In addition to both Ben and Jen’s famous exes not showing face for their nuptials … Ben’s own brother, Casey Affleck also skipped it, opting to stay in L.A. and pound Starbucks instead of flying out to Savannah to by his only sibling’s side.

NBD that neither of their former longtime SOs made it out to party. Frankly, it probably be a little weird … and it seems that in this very modern blended family, co-parenting is #1 — so if it’s not directly tied to the kids, there might be little to no reason to mingle.

All good … Ben and Jen had a ball anyway, and their wedding certainly looked like one to remember.