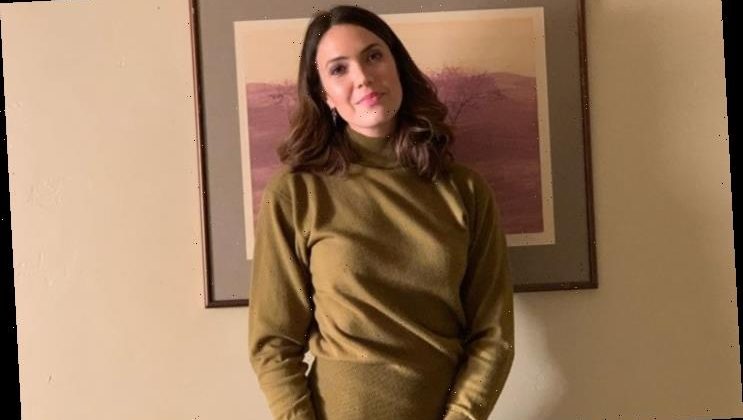 The 36-year-old actress has announced that she is expecting her first child with husband Taylor Goldsmith, and Chrissy Metz could not help but feel ‘really happy’ for the two of them.

AceShowbiz –Mandy Moore‘s “This Is Us” co-stars sobbed when they found out she was pregnant.

The 36-year-old actress is expecting her first child with husband Taylor Goldsmith and, according to co-stars Milo Ventimiglia and Chrissy Metz, she told her pals when they were “all on a call”.

“I’m so excited. I’m so excited for her,” Milo shared during a virtual press panel, reported Entertainment Tonight. “When she told the group of us, we were all on a call talking about some stuff pre-season. It was Dan (Fogelman, creator/producer) and the whole cast and then Dan hopped off (call) and she told all of us the news.”

He added: “It’s wonderful news. You get excited about that. Mandy and Taylor, her husband, they are just the best people. They are the kind of folks who should be parents.”

Chrissy, who plays Mandy and Milo’s on-screen daughter, Kate, revealed that she was so excited she cried over the news, admitting: “You would’ve thought that I was having the child. I was so excited, I cried!.”

“When you love someone and they tell you, it’s different if it’s family or a friend, but when she told us, I was like, ‘Oh my gosh!’,” explained Chrissy. “Like, I just know how much her and Taylor want to have a family and so it’s really beautiful to see someone (get that) and I know that they’re going to be the best parents… I’m just really happy for them ’cause I know how happy they are.”