Malin Andersson has given birth to her first child with boyfriend Jared.

Former Love Island star Malin revealed she was pregnant in April 2021, later confirming to OK! she was expecting a little girl with her other half.

Announcing her new arrival to MailOnline, Malin's spokesperson explained that she welcomed her bundle of joy, whose name is not yet known, last Friday on 28 January.

They said: "We are super excited to share that Malin gave birth to a healthy baby girl last Friday 28th January on her due date.

"She and her partner are completely in love and are taking this time as a family to enjoy the baby bubble but she can't wait to share more with everyone soon." The star's second baby was due on the same date her first daughter, Consy, was due in 2019. The 29 year old sadly lost Consy a month after she was born.

Speaking to OK! after finding out she was expecting a daughter, Malin said: "From the get-go I knew it was a girl, I had this gut feeling. So I was super happy. It just made sense to me. I don't know what it is but my family has a really strong feminine energy and I just thought I was having a girl.

"To make it even more special, my new baby shares the same due date as my daughter Consy." 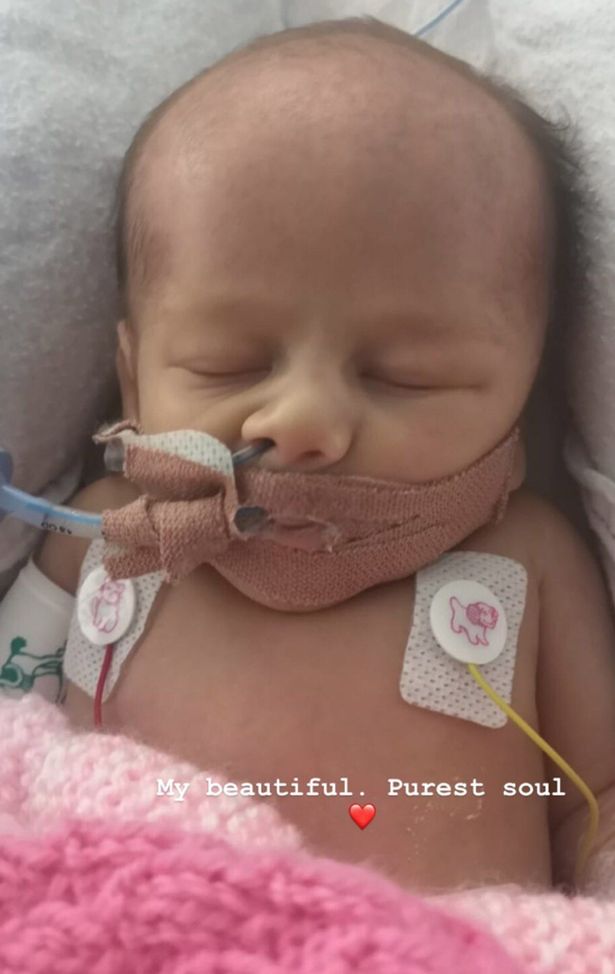 Speaking about her gender reveal, which involved an elaborate trick of a plane in the sky showing coloured smoke, the star admitted feeling emotional.

She said: "When the plane was circling around the sky, it took ages to show the coloured smoke. "Even though I knew what the gender was, because I went to the scan myself, when I saw the smoke it brought up loads of emotions."

In December, Malin marked what would have been Consy's third birthday.

Taking to Instagram on Thursday 23 December, Malin shared a photograph of Consy in hospital alongside a heartfelt message.

She wrote: “Happy Birthday my Angel. You would have been 3 years old today! That is crazy. So much has changed in the 3 years since you’ve been gone.

“You’ve released me from something toxic, you’ve evolved me and you’ve shown me how to be strong.

"You gave me the tools to survive when you didn’t. Your presence is always near and I feel you all the time. I wouldn’t be the woman today if I didn’t have you.”

For more updates on Malin Andersson, sign up to our daily OK! newsletter.