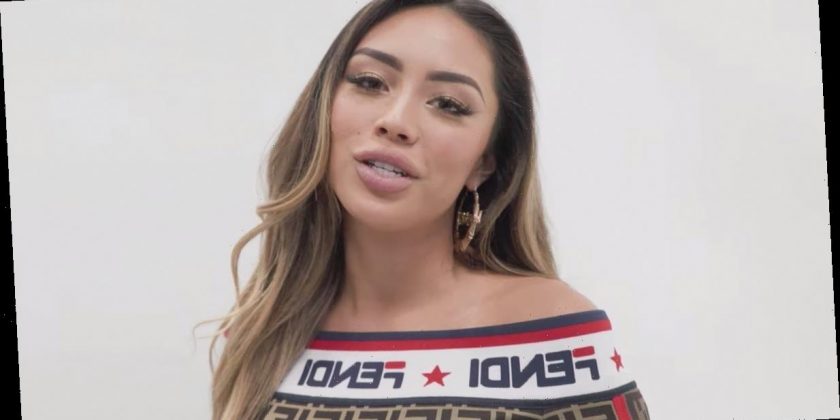 Apparently, Malik Beasley’s wife was expecting the Minnesota Timberwolves player back home this past week and was disappointed he didn’t show up.

Now, the image popping up of Beasley and Scottie Pippen’s soon-to-be-ex-wife has Montano Yao rumored to be upset over the photographic evidence of her husband’s activities.

Paparazzi recently captured the Kardashians’ former friend Larsa Pippen holding onto the arm of Minnesota Timberwolves star Malik Beasley. The 24-year-old NBA star and Larsa were both masked up but appeared to be quite cozy with one another.

The photos were a shock to Beasley’s wife, Montana Yao, as a source close to her told TMZ Sports she was “blindsided” and didn’t realize what her husband was up to.

Yao and Beasley have a child together, and apparently, the source told TMZ Sports that Yao was expecting her hubby home on Nov. 26, which was his 24th birthday. However, he didn’t arrive for that.

The 46-year-old Larsa Pippen is a former friend of the Kardashians who appeared on their show as a recurring cast member over several seasons. Also, Pippen was amongst the cast of The Real Housewives of Miami in 2011.

Weeks ago, Pippen made headlines with her comments in a Hollywood Raw Podcast interview she did when she opened up about ending her friendship with the Kardashians, even suggesting that rapper Kanye West had “brainwashed” his wife Kim and the Kardashians against her.

In addition, Larsa brought up how she dated Tristan Thompson before introducing him to the Kardashians and that he eventually started to date Khloe Kardashian.

After finally seeing what her husband was up to in the past week, and it catching Montana Yao off guard, she went onto her official Instagram Story to post several videos of their child.

The 23-year-old Instagram model also posted a few messages which may have been reactions to what she discovered about Malik’s recent activities.

“I’ve always and will forever remain true to who I am and GOD has never let me down,” she wrote on one message, adding, “the truth always comes out one way or another.” 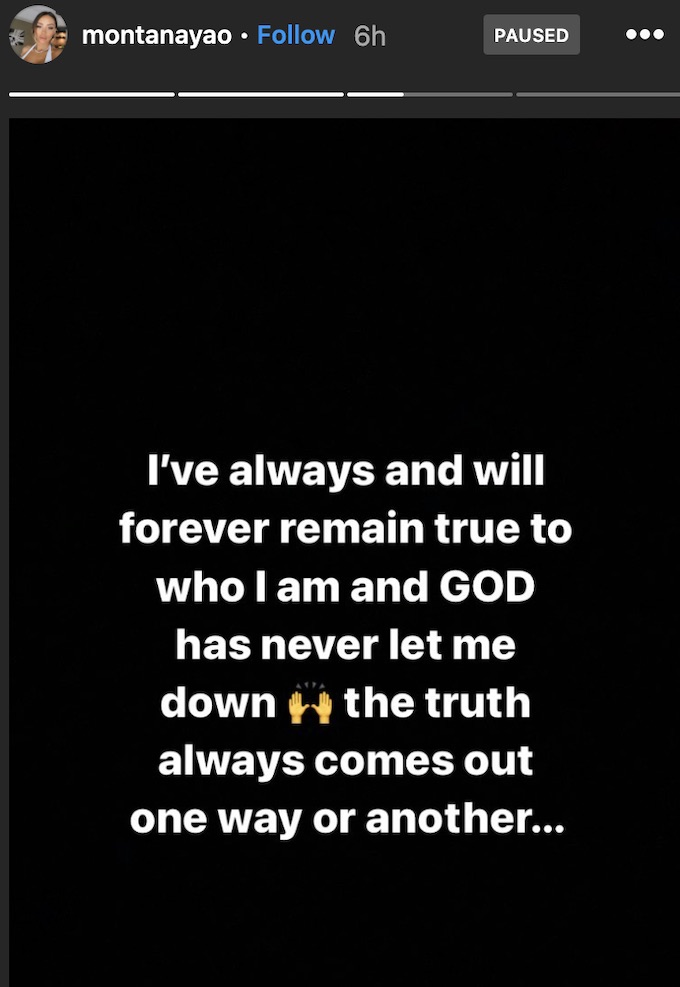 In another message, Montana Yao thanked the fans for being supportive of her during this recent time.

“Appreciate all the love ya’ll for real,” she wrote with the thanks and heart emoji added into the message. 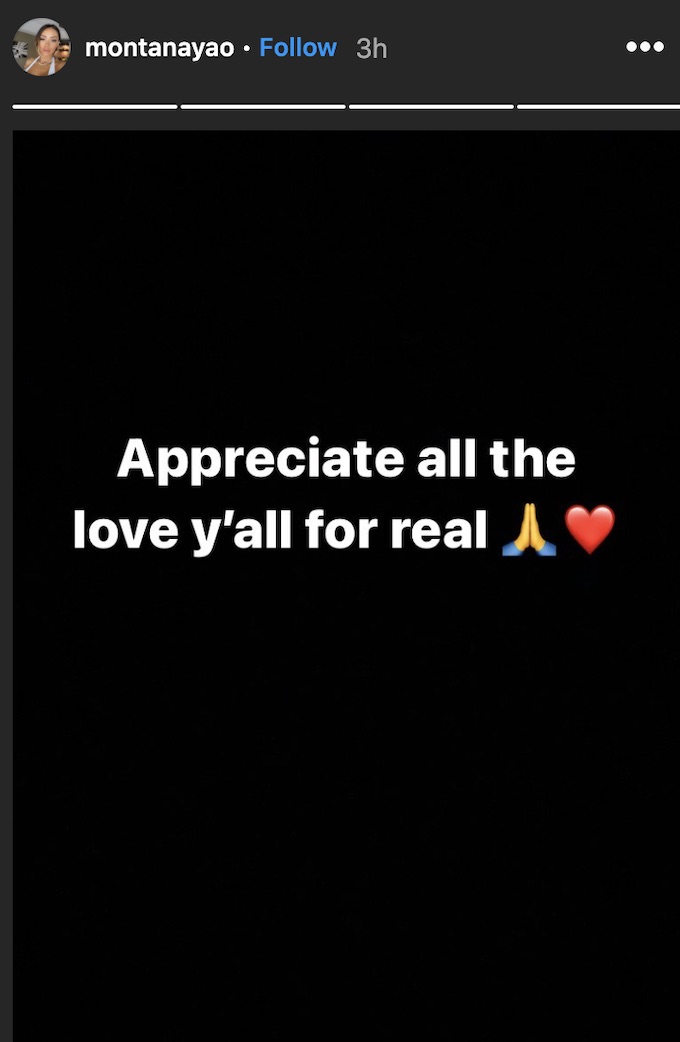 Based on the above messages, it would seem Montana is trying to stay strong as she sees her husband and the father of her child with another woman.

Soon after that, she posted a message on her IG Story which seems to show how surprised she is by the recent photo that arrived online. 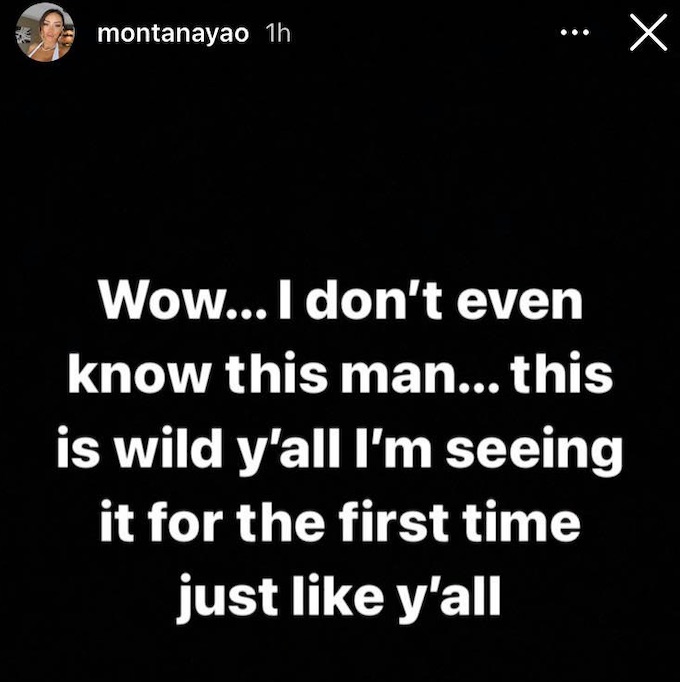 After spending the first four years of his career with the Denver Nuggets, Beasley was traded to the Minnesota Timberwolves in a deal involving four teams and 12 players earlier this year.

He just re-signed with the Timberwolves as of November 27 and apparently has been enjoying the company of Larsa Pippen within the past week.

Beasley was also charged with felony threats of violence and fifth-degree drug possession back on October 30. Reportedly, Yao is also facing charges as part of that arrest.

Meanwhile, Larsa Pippen isn’t technically divorced yet. She and NBA legend Scottie Pippen are reportedly close to finalizing their divorce after being married since 1997. Larsa and Scottie currently have four children together from their marriage.