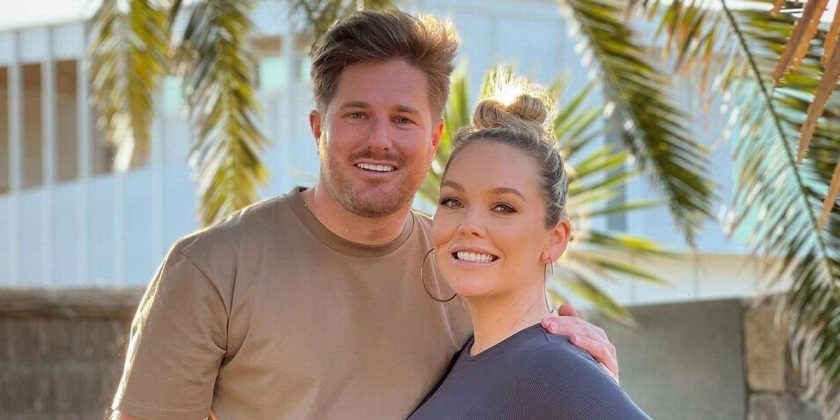 Married At First Sight's Bryce Ruthven and his fiancée Melissa Rawson have given an update on how their twins sons are doing.

Sharing a video on Instagram of the two babies in incubators at the neonatal intensive care unit (NICU), Bryce assured his 99,000 followers that his sons were being well looked after.

He wrote: “Love spending time with our two little boys. They’re being very well looked after by the NICU nurses.”

Bryce and Melissa, both 32, welcomed their sons 10 weeks early last weekend. In a video shared by Bryce recently, the pair explained that they had planned on arranging the nursery that day, but their twins had other plans.

Melissa also gave an update and shared a picture of herself wearing a facemask and holding one of the babies.

The new mum wrote alongside it: “I could never prepare myself for what premmie babies and their families go through or any parent where their bubby is struggling with life after birth or decide to leave this earth and grow their angel wings.

“The tears never stop and I wish more than anything they were home with us. But I know they are in the best of care,” she continued.

The new parents have been inundated with congratulations following their twins' birth.

Fellow MAFS star Jason Engler wrote: “Once again I’m crying watching this!!! Congratulations my chunnas love yas. Can’t wait to get down there.”

Someone else wrote: “CONGRATULATIONS guys. So happy for you and your families. Wishing them both good health and happiness,” while a third said: “Ohhhh impatient little dudes! All the best to you all on this next step of your journey.”

Earlier on Thursday (21 October), Bryce shared a heart-warming photographs of his sons’ tiny hands holding onto his finger, and described it as “the best feeling in the world”.

His wife-to-be Melissa commented on the pictures: “I love you so much and our babies do too.”

One of Bryce’s followers echoed similar sentiments and said that their children has spent time in the NICU too. They wrote: “The most beautiful feeling…… im also a mumma of twins. Mine were premmy also spending some time in the NICU unit.”

Someone else said: “I know that feeling I've had twins 27 weeks early amazing feeling.”