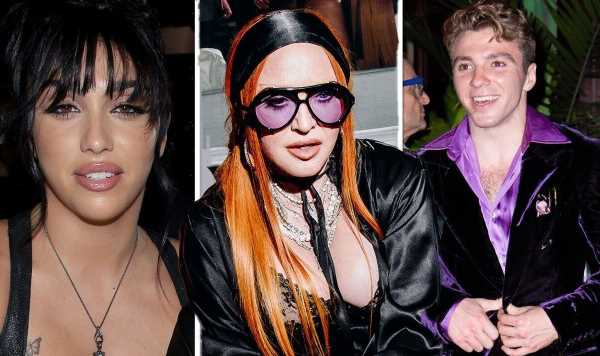 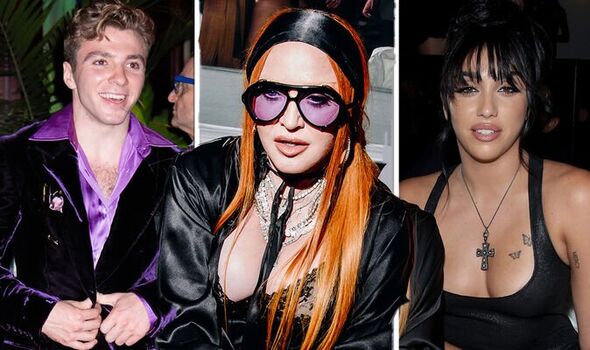 Rocco was pictured smiling as he headed to the restaurant in New York after attending a high-end fashion show. Wearing a seventies-inspired velvet suit, the artist’s chest hair poked out from beneath the lightly coloured satin shirt, matching the light brown locks on top of his head.

The young artist showed that he had clearly inherited his mother’s love of flamboyant fashion as he strutted his stuff in a bold purple suit and matching large collared silk shirt.

Looking similar to his father – English film director, producer, screenwriter and businessman Guy Ritchie, 54 – Madonna’s son Rocco was pictured with a beaming smile on his face as he went to join both his mother and sister for a top-notch dinner at upmarket restaurant Carbone after having attended Tom Ford’s New York Fashion Week show.

Madonna, whose complexion looked flawless for the outing, also wore silk and was pictured in a black long-sleeved suit which showed off her cleavage and was tied around her neck. Revealing her assets, Madonna wore a lacy bustier and completed the look with a long, sleek copper wig, which she has been pictured in recently, and silver platform heels.

Singer Lourdes matched her mother by wearing black, but opted for a long bodycon dress, strappy black heels and a large cross necklace that lay on her chest.

Earlier in the evening the trio were pictured in the FROW of the Tom Ford show, where Rocco sipped what looked like an alcoholic beverage, wearing sunglasses similar to his mother’s. 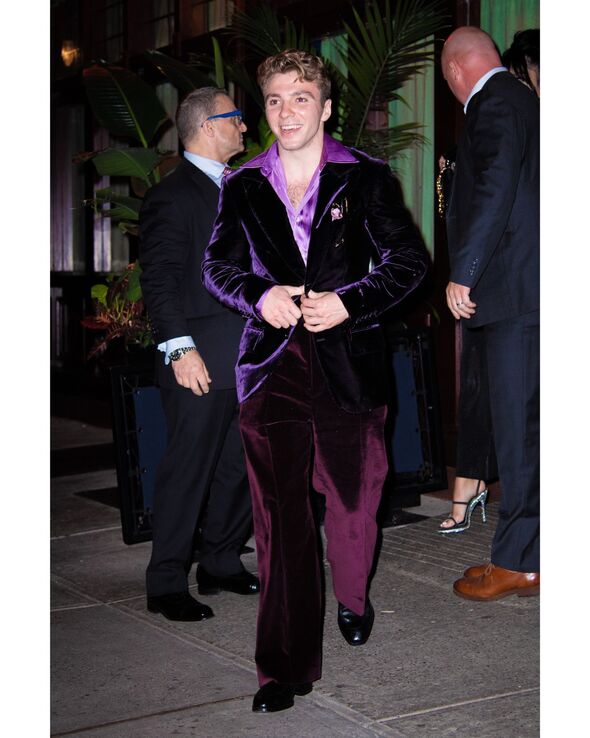 Rocco is the spitting image of father Guy Ritchie

Fresh-faced Rocco has repeatedly been compared to his father, director Guy Ritchie, and it is clear to see why. Having stayed largely out of the spotlight whilst he grew up with Guy in England, many fans have seen similarities between the two, with one fan commenting on a birthday post posted by Madonna back in 2021: “He’s his father’s carbon copy.” 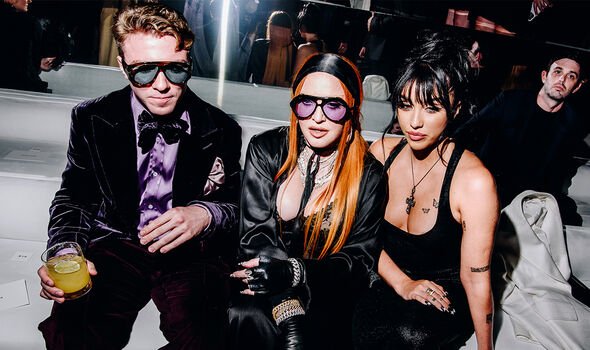 Madonna sat in the middle of her two children, looking directly into the camera

The Like A Prayer singer stared directly at the camera as she smugly sat between her two children, who have different fathers. The image was captured as the trio sat in the FROW at the Tom Ford show before heading to dinner, continuing their quality family time. 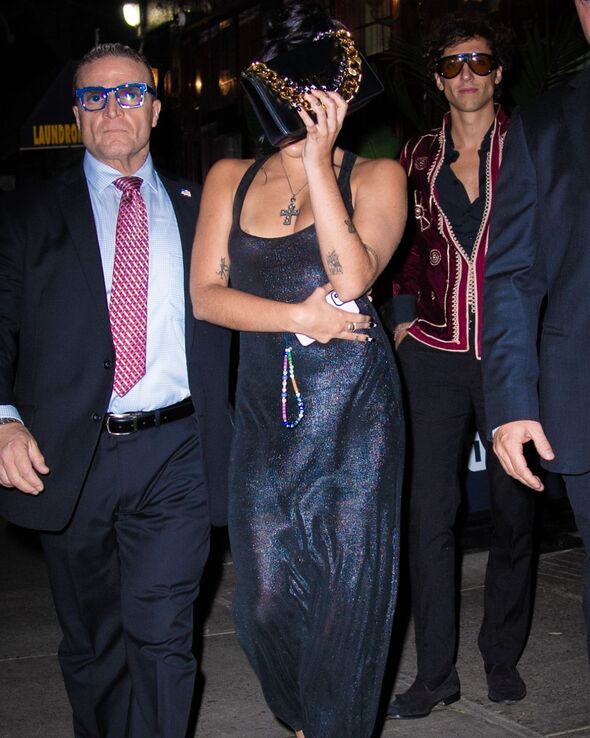 The 25-year-old singer wore a shimmering satin dress and strappy sandals as she was pictured leaving the restaurant. Despite covering her face from camera flashes, the star showed off multiple small tattoos dotted around her arms and chest, her effortless beauty exaggerated by her natural nude lip and dark mascara. 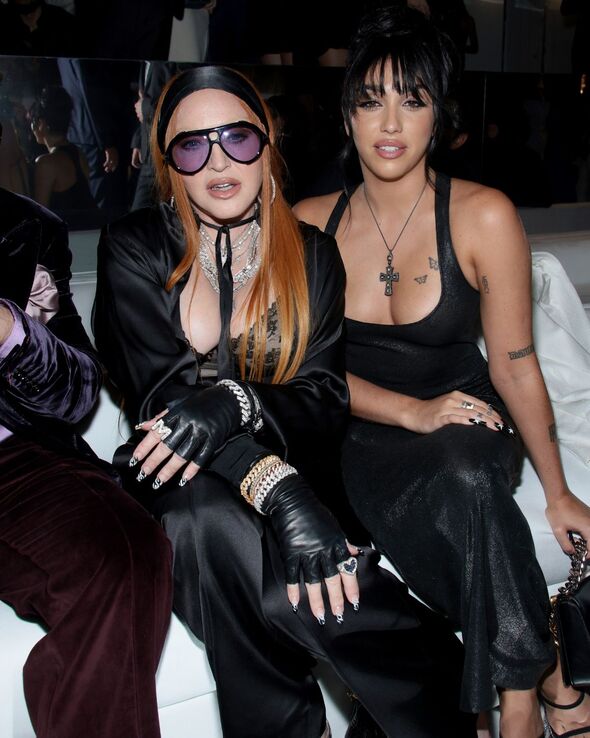 Sat next to her mother during the show, both Madonna and Lourdes crossed their legs as they had their photo taken. Madonna crossed her hands over her legs as she posed, while Lourdes sat in a similar position, the two slightly leaning into each other. 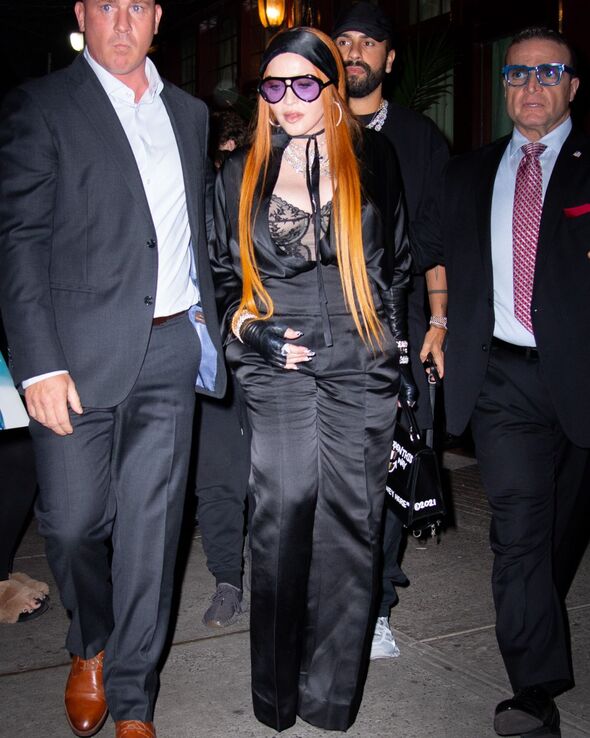 Dressed mainly in black as Madonna bared her cleavage, which was covered by a lace bustier, and wore purple lens sunglasses, coordinating her look with her young son’s suit. The singer also wore fingerless leather gloves, with lots of jewellery on her wrists, fingers, neck and ears. 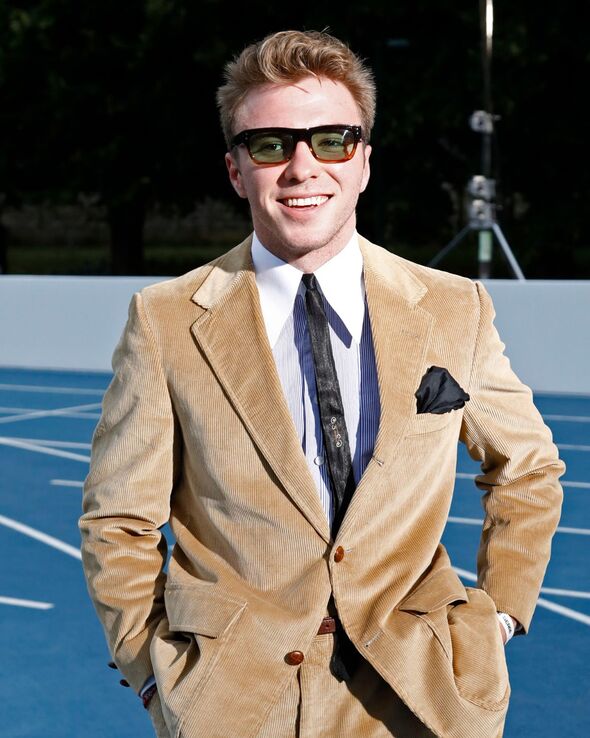 Taking after his mother with a keen eye for fashion, Rocco was pictured in another suit back in June 2022 as he attended Marine Serre Menswear Spring Summer 2023 show as part of Paris Fashion Week. Keeping the velvet, the artist wore a corduroy tan coloured suit with a skinny black tie and white shirt.