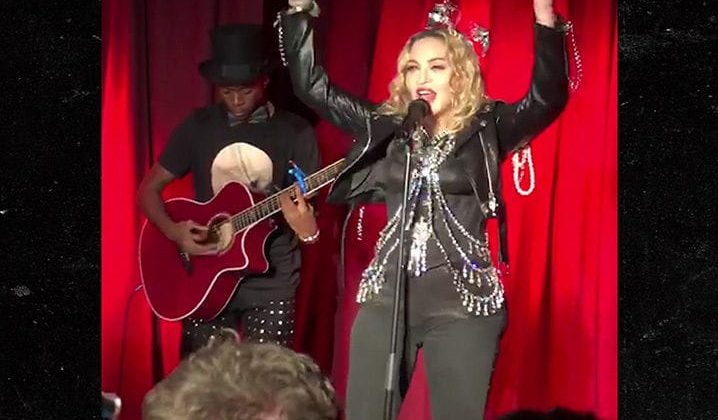 Madonna made a surprise appearance and performed at an historic bar that is about to celebrate the 50th anniversary of an event inside that triggered the gay rights movement.

Madonna and son David Banda showed up at Stonewall in NYC just after midnight.  She took the stage with her 13-year-old son and sang Elvis’ 1961 hit, “Can’t Help Falling in Love.”

The singer’s appearance was not advertised.  Before singing “Can’t Help Falling in Love,” she led the crowd in a “Like a Prayer” singalong. About 150 people were on hand.

The Stonewall riots went down in June 1969, after police raided the Stonewall Inn in Greenwich Village and began arresting patrons.