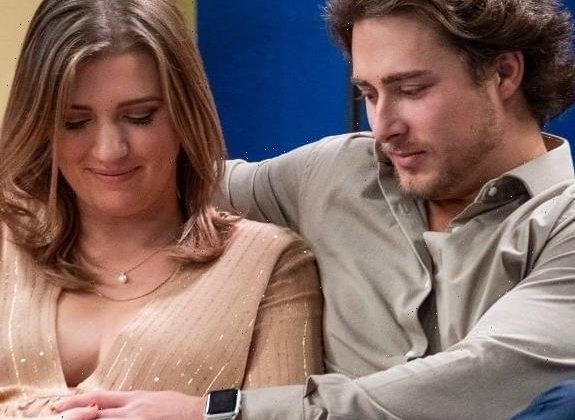 Madlyn Ballatori is pregnant with her first child.

This much we know for sure.

But this much many fans of The Ultimatum — the Netflix reality show that turned Ballatori into somewhat of a household name — are now asking:

Wait, was she expecting while this dating series was being filmed?!?

Ballatori and Kissinger were only just featured on the first season of The Ultimatum, which forces couples to live with a member of the opposite for three weeks and to then decide after this time period whether or not they want to marry their significant other… move on with their recent roommate… or go off and be single.

Did they really agree to the whole separation thing with a baby on the way?!?

“For clarity, Colby and I were married 5.13.2021 and will have our baby in the next two weeks,” the reality star explained this week on Instagram, adding that The Ultimatum began production in March 2021.

The reunion was then filmed in February 2022.

The whole timeline is confusing, we know.

To further spell it out for followers who might have been overwhelmed by the math of it all, Ballatori added: “A.K.A. not pregnant during filming.”

Ballatori also told E! News last week that she hosted a baby shower this month and at least one cast member from The Ultimatum attended.

“Here’s to my husband- thank you for the most incredible year of my life,” Ballatori wrote as a caption to the photo down below.

“Being married to you and starting our family has been the greatest gift.

“I am beyond blessed to have such a passionate, loving, strong partner to share this life with. We are so lucky to be loved by you. – your girls.”

Upon leaving The Ultimatum, Ballatori told E! News that she and Kissinger were “able to communicate, open, honest and [be] understanding of each other on a totally different level.”

Hence how they ended up where they are now.

“Turns out it’s a lot easier for us when we’re not like sleeping in beds with other people, our relationship runs a lot smoother,” Ballatori told this outlet with a laugh.

“But it was just a really weird situation, and it was just the transparency that was missing there and a little bit of respect.”