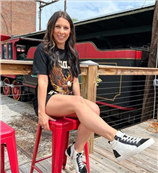 Mackenzie Standifer hasn’t appeared on Teen Mom OG in over a year.

Back in March of 2021, Ryan Edwards and his entire family were fired from the show, reportedly at Maci Bookout’s behest.

But despite the fact that her reality TV career appears to have come to an end, Mackenzie remains popular on social media.

Unfortunately, that means that she’s also a common subject of criticism for TMOG fans.

Part of the problem, of course, is that Ryan was not exactly a popular cast member, and Mackenzie is his biggest defender.

But there’s another layer to the backlash against Standifer, and it’s much uglier than the Ryan-related criticism.

(Which to be fair, is pretty understandable. After all, based on what we’ve seen on TMOG, Edwards is not a good dad, or, for that matter, a good person.)

In addition to roasting her for her continued involvement with arguably the worst baby daddy in Teen Mom history (which is really saying something),  many commenters have criticized Standifer’s continued weight loss.

Now, Mackenzie is an influencer with a fitness brand of her own, and it doesn’t appear that she’s engaged in any sort of unhealthy dieting practices.

Nevertheless, fans have criticized her for looking “extremely different” in her most recent Instagram Story.

As usual, a lot of concern trolls sounded off and pretended that they were worried about Mackenzie’s health.

Again, it doesn’t appear that there’s any reason to be worried about her health, but this remains a common line of attack.

On top of hinting that she might have an eating disorder, lots of folks who comment on Mackenzie’s appearance like to argue that she looks considerably older than her age.

“I think she’s really pretty but it blows my mind this is a woman my age. Then again, being married to Ryan would also age me 20 years,” one commenter wrote on Reddit.

“She looks way older than she is. And I don’t like the black hair on her.The blonde was much better,” another echoed.

Now, it must be discouraging to have thousands of strangers constantly teeing off on yout Instagram posts.

But fortunately, Mackenzie still has more fans than haters.

“I think you look beautiful with blonde or dark hair,” one follower commented on the photo above.

“Get it girl! You’re looking amazing! I love the darker longer hair!” another added.

“Love the new vibe and you look Great!” a third chimed in.

To her credit, Mackenzie does a good job of focusing on the positive and blocking out her haters.

“Why do you want to be a better you? Or why do you not? Why do you stand up for what you believe in?” she recently asked her followers.

“We all have to answer these questions. It’s up to us to decide why we want to do things,” she added.

And perhaps in response to the many critics who have flocked to her page in recent months, Mackenzie also outlined her methods for shedding the pounds.

“Gluten/dairy-free, did a food sensitivity test, reverse dieted out of keto into moderate carbs,” she wrote.

Whatever she’s doing, it appears to be working … haters be damned!