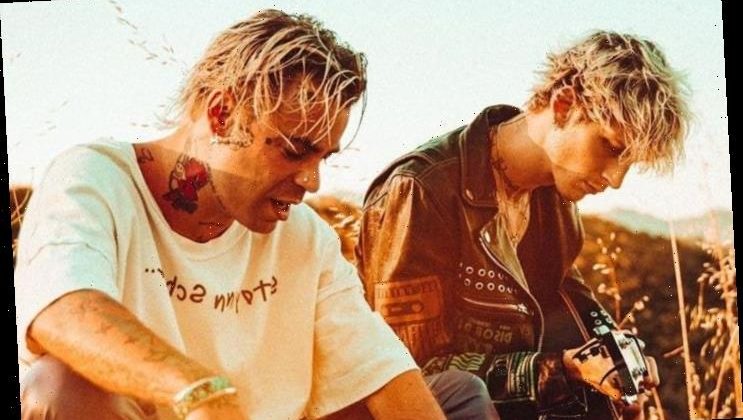 The ‘Tickets to My Downfall’ star gets called out by his rapper friend after he damaged the latter’s car windscreen when signing autographs for fans in Hollywood.

AceShowbiz -Rapper Mod Sun is demanding a new windscreen from Machine Gun Kelly after the two pals’ Hollywood publicity stunt on Thursday night (01Oct20) got out of hand.

Kelly, real name Colson Baker, was hanging out the window of Mod Sun’s vehicle, signing autographs for fans at the Saddle Ranch bar, when he started banging the windscreen, eventually cracking it.

The owner didn’t seem too bothered at the time, laughing at his pal’s antics, but Mod Sun has since posted video of the madness on social media, adding the caption, “Hey @machinegunkelly u owe me a f**king new windshield here’s ur reminder punk…”

Kelly is currently promoting his new album, “Tickets to My Downfall”.

Machine Gun Kelly recently launched into an expletive-laden tirade as he slammed over-sensitive celebrities for crying and whining about everything. He accused them of faking their emotions and taking advantage of their fans.

“They’re f**king cry(ing) about everything as a marketing tool and leave no space for people like me, who are like, ‘Yo, I actually never f**king cry about s**t that I wanna cry about, but here I am today ready to cry about some s**t,’ ” he said.