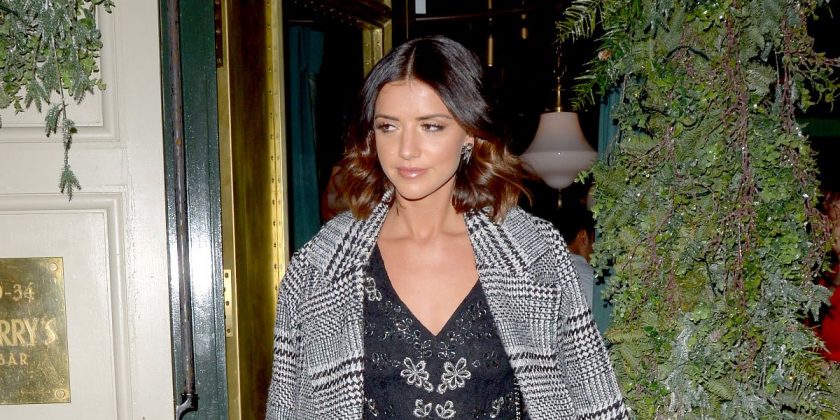 The mystery man Lucy Mecklenburgh was filmed cosying up to in a Dubai nightclub is rumoured to be her longterm friend Adam Rossiter.

This week shock footage emerged of Lucy kissing and holding hands with another man on holiday, while she is in a relationship with ex Coronation Street actor Ryan Thomas.

Lucy has since spoken out to deny any wrongdoing saying she was simply saying goodbye to a friend.

A source has now claimed to the Mail Online that the man is 35-year-old Adam Rossiter a millionaire owner of sports nutrition brand Bulk Powders – of which Lucy is an ambassador.

In the video former TOWIE star and fitness fanatic Lucy is seen holding hands with the man and caressing his back.

According to an eyewitness, Lucy kissed the man on the cheek and touched his inner thigh before they left within two minutes of each other.

Sources close to Lucy’s boyfriend Ryan said he ‘burst into tears’ when the footage surfaced.

"He is in pieces over the video – really upset. He’s a pretty forgiving guy and knows how tactile Lucy can be but this footage seems a little more than someone saying goodbye," an insider told the Mail Online.

Lucy and Adam, who co owns Bulk Powders, posed for an instagram snap together in May.

Adam wrote alongside it: "Up on the terrace of the incredible @bulkpowders_uk stand at BodyPower 2018, with @lucymeck1; one of our many great ambassadors.’"

Adam is reported to have posted about a trip to Dubai on Instagram two weeks ago – but Lucy wasn’t seen in any of the posts.

Lucy fiercely denied any wrongdoing when the clip of her emerged, tweeting: "Since when has saying goodbye to a friend turned into a cosy night out?! #ridiculous."

It’s not the first time she’s been faced with cheating claims.

Back in November 2011 denied spending the night with her TOWIE co-star Mark Wright whilst dating Mario Falcone.