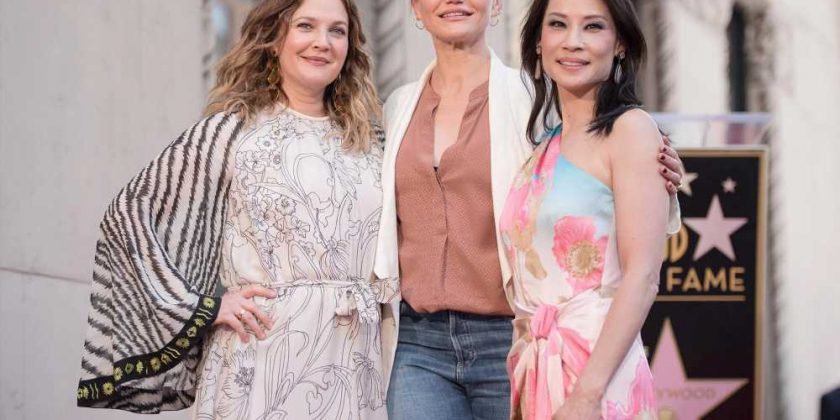 On Wednesday, the actress was honored with a star on Hollywood’s Walk of Fame, where she celebrated the momentous achievement with her former “Charlie’s Angels” co-stars Drew Barrymore, Cameron Diaz, and Demi Moore, who appeared in the 2003 sequel, “Charlie’s Angels: Full Throttle.”

“Lucy and I first met while making ‘Charlie’s Angels’ — didn’t know we were going to have a reunion today!” Moore said, according to Entertainment Weekly. “And I could see that she was, in fact, as I had heard, a badass with brains.”

Liu, 50, is also the second Asian-American woman to receive a star on the Walk of Fame. She later paid tribute to the first, Anna May Wong, during Wednesday’s ceremony.

“When I moved to Los Angeles, I actually lived on Vine Street, so it’s thrilling to have Anna May Wong, who is the first Asian-American actress, as my neighbor. A hundred years ago, she was a pioneer while enduring racism, marginalization and exclusion,” Liu said, per Variety.

“Sometimes people talk about my mainstream successes as groundbreaking for an Asian, but Asians have been making movies for a long time. They just weren’t making them here because we weren’t yet invited to the table. I was lucky that trailblazers, like Anna May Wong and Bruce Lee, came before me. if my body of work somehow helped bridge the gap between stereotypical roles, first given to Anna May, and mainstream success today, I am thrilled to have been part of that process,” she also noted.