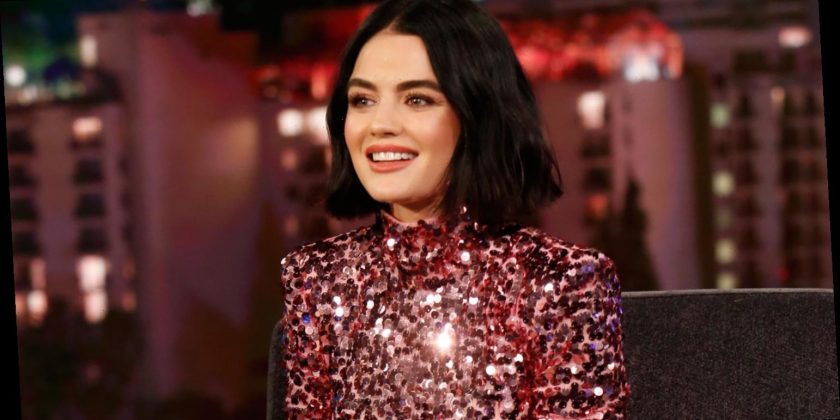 Can you believe that Lucy Hale has NEVER been on Jimmy Kimmel Live before?!

Despite a career that has spanned half her life, the 30-year-old actress only just made her first appearance on the show on Wednesday (February 12) in Los Angeles.

Lucy took a trip down memory lane and reminisced about her time on the reality competition series American Juniors.

“This was 14 years ago, no, 16 years ago, I was 14 years old. I started in music. Ryan Seacrest was hosting it. They only did it for one season because I don’t think it went that well,” Lucy said.

Jimmy remarked that people didn’t like seeing having their dreams crushed and Lucy said, “But you know what? Instead of voting people out, they voted people in. Instead of one person, there was a group. I was the fourth one voted in. I was 14 and there was a 7-year-old in the group. It was kind of all over the place. It didn’t go that well.”

Lucy commented on her look back then and said, “Look at that crimped hair, what a mess.”