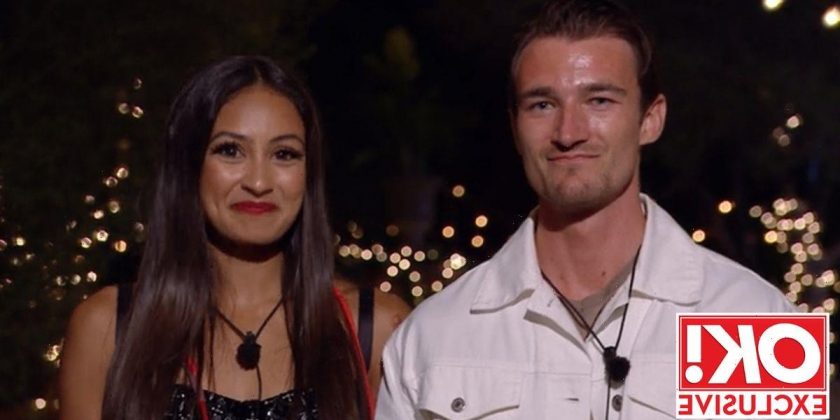 Love Island star Priya Gopaldas has revealed her one regret from the ITV2 villa.

The 23 year old medical student soared to fame over the summer on the ITV2 dating show where she was partnered with Brett Staniland but the two opted to be friends and were eventually voted off by the public.

However, Priya has admitted that she wished she had told Brett, 27, that she wasn't interested in him romantically first before telling the girls as it resulted in him finding out before they had spoke.

During the recent series, the medical student admitted to her fellow female Islanders that Brett gave her "the ick" and she later "friend zoned" him on the show.

Talking about what she would do differently on the show, Priya exclusively told OK!: "I'm happy with all the big decisions I made, I'm happy I made those decisions.

"The only thing I would change is probably, you know, I think I told the girls before I told Brett about me not being interested in Brett romantically.

"So, if I could redo that part, I would definitely go to Brett first and tell him how I felt, as opposed to telling the girls. I didn't realise that the gossip, me telling the girls, they would tell their couples and it would get round to Brett before I had a chance to.

"So yeah I would change that but apart from that I'm pretty happy with everything that I did and all the decisions I made."

Priya also revealed that she is still looking for love and it would be "great" to find a boyfriend after failing to find a romantic connection in the villa over the summer.

She said: "Unfortunately, I didn't find love in the villa but I am still looking for love, you know.

"I would love to have a boyfriend that would be great and ideal. Obviously, it's really annoying as I am so busy I just don't know if I have time today, at the minute, but I would love to, I'm still looking for love."

She also revealed that she is "good friends" with Brett, 27, and that she has also formed close friendships with people from the villa that she didn't get to meet on the show as they have all connected since the ITV2 reunion.

Priya, who is a fifth year medical student, has since returned to work at a hospital following her stint in the villa and she has also recently launched the first-of-its-kind Cheese Board Bath Rack for Iceland.

The former Islander soared to fame after sharing her passion for the dairy product on Love Island over the summer and even confessed that she had the "ick" for Brett when he admitted he liked Brie.

Talking about how her love of fromage has resulted in her working with cheese brands and Iceland for the first-of-its-kind Cheese Board Bath Rack, Priya said: "I literally had no idea, I said 'I love cheese' then I made a comment about it, I didn't realise it would blow up.

"And me then working with Iceland on this huge cheese campaign!", she added: "It's just the dream, it's a great campaign to be involved with."

To keep up to date with all of the Islanders outside of the villa, make sure to sign up to OK!'s daily celebrity newsletter.

Priya recently launched the first-of-its-kind Cheese Board Bath Rack for Iceland, available on their website for £10.00.