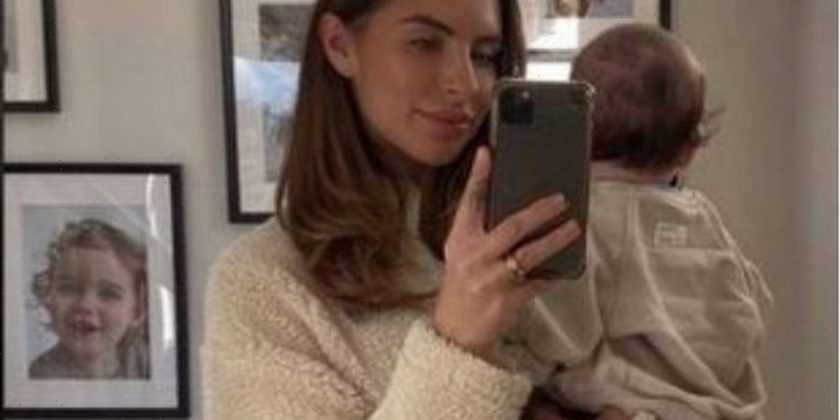 Love Island's Jess Shears has revealed she had to spend the night in A&E after her youngest son fell ill.

The mum-of-two, 29, posted a shot from hospital on Instagram on Sunday night, after her baby boy, five months, got struck down with Bronchitis, an inflammation of the airways in the lungs.

Jess who has yet to reveal her youngest son's name, wrote: "Spent last night in a&e with the little one. They think he has bronchitis. Any tips for making him feel better welcome," followed by a heart emoji.

Thankfully, the mother-of two later told fans her son was feeling better as she shared a picture of him drinking a bottle of milk.

"He perked up at the end and they let us go home," she explained. "Said just to monitor his breathing and eating. Apparently it's going around atm."

Jess then showed a snap of tot smiling, saying: "He was happy and in good sprits this morning and had some of his bottle and a bit of banana, but has got upset and grumpy again this afternoon.

"But yeah anyone else dealing with this or have done before not sure what do other than Calpol and chill?"

Jess' followers flocked to the Love Islander's support upon seeing the post, suggesting things she could do to help the baby.

Overwhelmed by the response, the TV star posted: "Eternally grateful for everyone who messaged."

Jess and her partner Dom Lever, 31, met on the third series of the ITV2 dating show in 2017 before becoming proud parents to two boys.

The couple welcomed their first child two years ago and in March revealed that they were expecting again.

In July, Jess gave birth to her second child and was inundated with well wishes..

"Feeling blessed a family of four @domlever," she told her fans as proud dad Dom wrote: "Baby we did it AGAIN!!"

Many of the couple's famous friends expressed their best wishes, with TOWIE's Lauren Pope writing: "Huge congratulations to you all."

Jess and Dom, – who secretly got married in 2018, a year after leaving the Love Island villa, are yet to publicly reveal the name of their second child.

When they announced they were expecting again, the reality stars gushed: "Another one to love," followed by a white heart and an angel emoji.