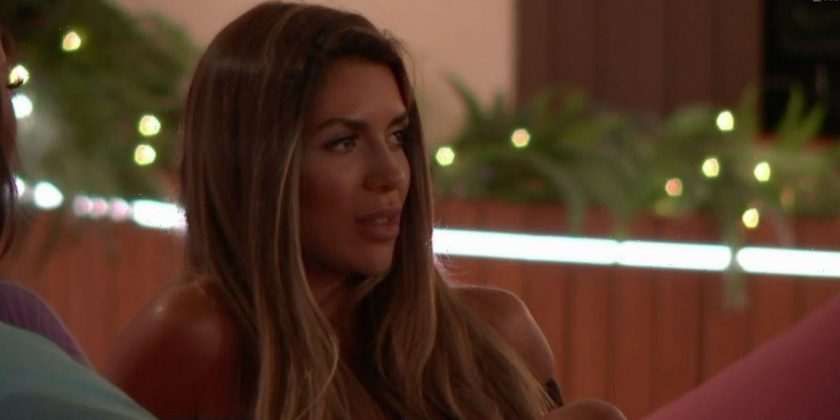 Love Island bombshell Ekin-Su Cülcüloğlu reportedly slated her fellow islanders in a series of texts ahead of this year's series, as she joined a week later than everyone else.

The Turkish actress, who was one of the girls at risk of being voted out in the show's explosive cliffhanger, was eagerly watching to see who had gone into the villa and who she needed to watch out for or be wary of, according to claims.

The 27 year old brunette was reportedly said to be unimpressed by her rivals, calling Gemma Owen a "baby".

She also reportedly claimed there were "no fit" men or women in the Spanish villa.

What's more, the star guessed Michael Owen's daughter, an international dressage champion, would be her "little sista" ahead of her entrance.

“Gemma Owen is only 19! I reckon she would be my little sista in there," Ekin-Su reportedly wrote in one message, as seen by The Sun.

“She’s a baby LMAO. No fit girls though. Or guys," the star added.

OK! has contacted representatives for Love Island for comment.

It followed nanny Amber's comments about whether the actress was truly being genuine on the show, particularly after her dramatic romance scenes with Jay Younger, 28, and secretly crawling on the terrace to avoid telling Davide Sanclimenti, 27.

Jay then reported what he heard from others to his new partner, informing that Amber and some of the other girls had been speaking about her.

Immediately taking offence, Ekin-Su went to Amber directly and claimed she'd heard "some of the girls don't like me".

Amber tried to clarify her comments, but things got heated fast and the pair ended up falling out on the bean bags.

While Ekin-Su was upset with her new "friends", she and Amber later cleared up their spat, and the fall-out was soon forgotten when the familiar sound of a text pinged through the villa.

The islanders were shocked to discover the public had been voting for their favourite boy and girl, with Ekin-Su, Amber and Tasha Ghouri all in the bottom three.

Out of the boys, Jay, Ikenna Ekwonna and Andrew Le Page were told to join the girls in front of the fire pit.

The results will be revealed in tonight's episode.

Love Island continues every night at 9pm on ITV2.

For the latest Love Island gossip and spoilers, make sure to sign up to OK!'s daily celebrity newsletter and Factor 50 – your one stop for all the latest villa news.