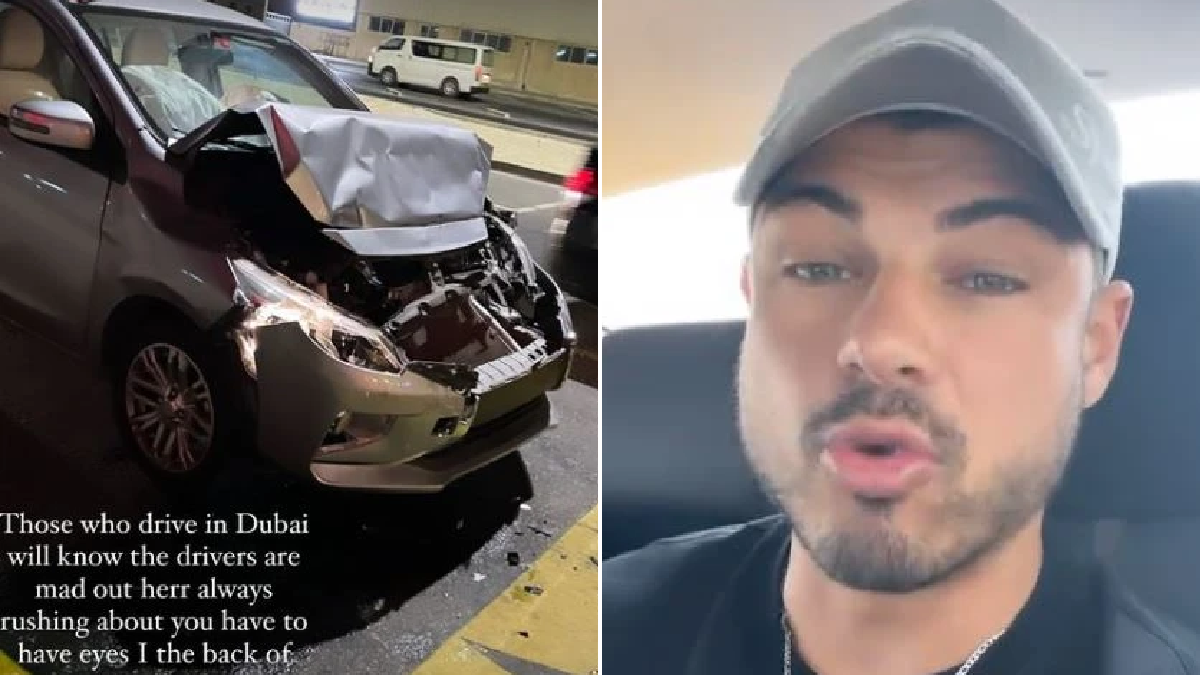 Love Island’s Anton Danyluk has said he doesn’t know how he’s okay after crashing into a bus in Dubai.

The 24-year-old reality star, who appeared in season five of the ITV2 reality show, expressed he felt grateful that nobody was hurt as he shared the accident happened as he was driving home from the gym.

The bumper of Anton’s rental car was completely crumpled in an image of the collision posted on Instagram.

‘Those who drive in Dubai will know the drivers are mad out here always rushing about,’ he penned. ‘You have to have eyes in the back of your head.

‘Feeling blessed to be alive after this last night.’

Speaking in a video uploaded to his Instagram Stories, Anton stressed that he is ‘absolutely fine’ following the incident.

Describing what went down, he continued: ‘A bus basically came across me and he’s breaked hard because he’s gone over a speed bump and then I’ve went into the sorta side of the back of him.

‘I don’t know how I’m okay. Air bags are obviously a good thing.’

News of Anton’s crash comes just weeks after it was reported he was dropped from Ex On The Beach just days before filming.

According to claims made in The Sun, the television personality was set to appear on the MTV show alongside his ex-girlfriend and fellow Love Island star Belle Hassan.

However, after quarantining in Tenerife for three days he was allegedly told he wasn’t going to feature on the show and was flown home again.

In February, Anton received death threats after heading to Dubai for influencer work.

‘I came to Dubai in December when travel restrictions weren’t in place – it was a working trip to promote a hotel,’ he said at the time. ‘I got to know the owner, and then the opportunity rose to open a gym and fitness business in Dubai.

‘I’ve got my working visa, so I’m not coming home.’