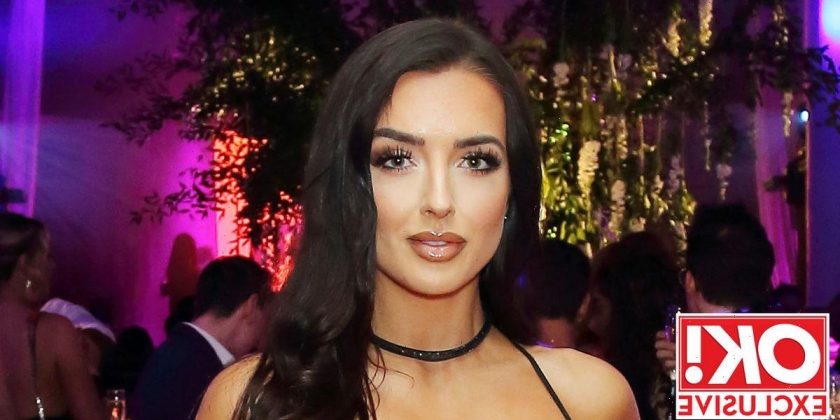 Amy Day has revealed she and Patrick Deaco have broken up just one month after sharing they had moved in together.

The 26 year old, who recently braved the cold weather in a mini dress alongside Lillie Haynes, confirmed her split from the contractor exclusively to OK! Online after her pal AJ Bunker broke the news to us on the red carpet of the SX Events Launch Party on Thursday 17 February.

AJ, 29, shook her head when asked about her close friend and Patrick before simply sharing: "That's not a thing anymore."

Love Island star Amy's representative later told OK!: "Amy and Pat have indeed split up. They split up on mutually good terms, they both wish each other the best."

They continued: "Amy is single and ready to mingle and is excited to see what opportunities will come up for her in her career."

Amy and Patrick, who starred in the 2019 series of Shipwrecked, began dating in 2020 after matching on a dating app, but she was already going through the application process for the ITV dating show when they matched.

The pair enjoyed a casual romance before deciding to go their separate ways and Amy later entered Casa Amor and started a brief romance Hugo Hammond, which ended with him brutally snubbing her as they were dumped from the villa.

"And then it really was fun and I think it was a month and a half before I went into the villa, we just cooled things off.

"I told him I was going on a dating show, I didn't say which one. And he went, 'Yeah amazing', he was so supportive so we just called it off and thought nothing of it.

"And I went on the show, came out and we just both naturally messaged each other saying, 'I'm still single, would you want to see me again?' And it's made us realise we actually have something special, so yeah it's all been a bit crazy!"

After reconnecting around the end of August, the pair's romance hotted up and in December, Amy moved into Patrick's pad.

"I just feel really content, I've also just moved in with him," Amy gushed. "We're doing the flat up so it's a manic time to move in but you've got to have your challenges in the relationship so this is a good one," the brunette giggled.

She added: "I feel really content which is so nice, I found a man which is what I kept stressing, I needed a man and I found a man."

Amy explained that it may seem fast to have already moved in but it "felt natural" for them both.

For all your updates on Amy Day and her fellow Love Islanders, sign up to our daily OK! newsletter.