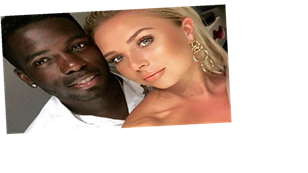 This week, viewers have been treated to blasts from the past in Love Island: What Happened Next with former contestants returning to divulge what they've been up to since leaving the villa.

On Wednesday night's episode, viewers caught up with the villa inhabitants from series three and series four.

However, a comment from series three's Marcel Somerville left a bad taste in the mouth for fans of the show.

The former Blazin' Squad singer, 34, reunited with Geordie Shore star Sam Gowland for a beer and to discuss what life has been like after coming off the show.

When asked about his break-up from Gabby Allen, Marcel said their split was "just one of those things".

However, this left viewers raging as the pair has actually parted ways because the singer had cheated on her.

"Marcel saying him and Gabby drifted so you didn't cheat then cos swear that's why yous split #loveisland," one viewer said on Twitter.

Another added: "Not Marcel saying everything happens for a reason, when he was the one who cheated on Gabby!! on holiday!! In the hotel they were staying together!! #loveisland."

"The relationship ended because you cheated on her Marcel," one fan stated.

After meeting and falling in love, Marcel and Gabby, 28, made it all the way to the final and eventually finished in fourth place.

The former couple were together until April 2018 when Gabby dumped Marcel after finding out he was unfaithful to her while they were on holiday in Mexico together.

A representative for Marcel confirmed the news saying: "Sadly the rumours are true, Gabby and Marcel have split up.

"Marcel can't really defend his actions as he knows he did wrong and will regret it forever.

The rep continued: "Marcel is upset that he broke the heart of someone he loves and someone that he shared so many special moments with, but with all the good times there are difficult times, and sadly Marcel and Gabby had been in a bad place at this stage."

The singer turned reality star is now blissfully happy with fiancée Rebecca Vieira and the couple are expecting a baby boy together.