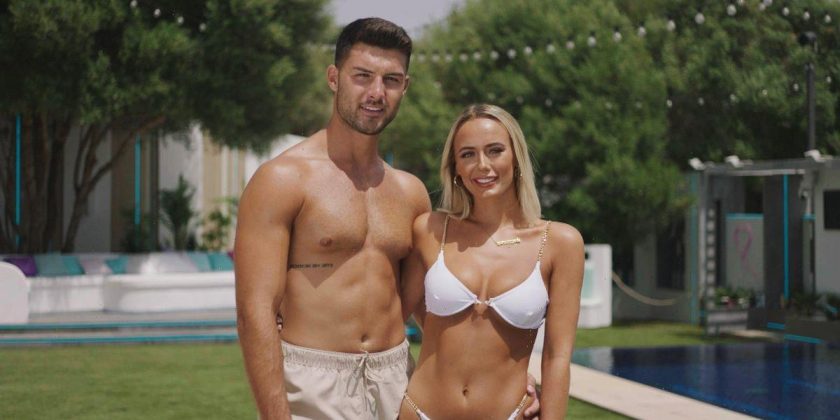 Love Island'sLiam Reardon and Millie Court have had a rollercoaster romance in the villa this series.

The show has seen the pair navigate their way through ups and downs, following Liam's antics in Casa Amor with Lillie Haynes.

But as the pair have grown stronger, Liam's sister has said she can see the pair having a proper romance, like Gavin and Stacey.

And, much like the plot line of the show, Liam's sister Niamh expects the bricklayer to up sticks and move to Essex to join Millie.

She told The Mirror: "Good on him. Everyone is comparing their romance to Gavin and Stacey. I’d welcome her with open arms. She seems right up my street – proper chilled out and up for a laugh."

And, she isn't the only one who thinks the pair are in it for the long haul as fans are also backing the couple on Twitter.

One wrote: "They are clearly going to win the show and get married." Another added: "I’m fully back to loving Liam and Millie as a couple".

While a third said: "Millie and Liam to win #LoveIsland".

It comes as Millie's and Liam admitted they have fallen for each other in a sweet chat earlier this week.

Millie, 24, came out on top in the hearts racing challenge, and certainly impressed partner Liam, 21, with her moves.

After the challenge, the couple took themselves away from the group and share an intimate moment on the sun deck and admit they “are falling” for each other.

Millie continued: “I look at you and feel a certain way. I want to say certain things.”

Liam responded with: “It’s on the tip of my tongue but I feel like I shouldn't say certain things yet.”

The couple have had a rocky journey in the villa particularly after the dramatic antics that took place in Casa Amor.

Fans were left shocked after Liam’s eyes wandered to Lillie Haynes, 22, in Casa Amor, and the pair swiftly formed a connection.

Liam, who previously said his “head had been scrambled,” decided to stick with Millie however, and returned to the villa without Lillie, in nail-biting scenes.

Millie was heartbroken when she finally discovered the connection between Liam and Lillie and the couple’s relationship was on the rocks.

For the latest news on the Love Island stars and much more, sign up to our daily OK! newsletter.