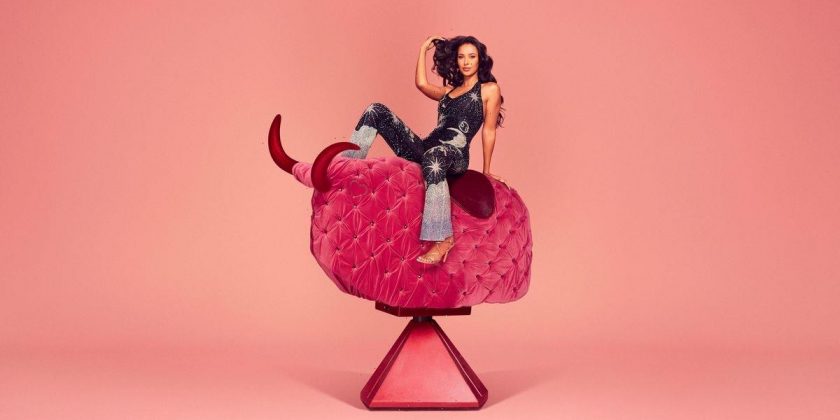 The presenter, 28, who has recently insisted she is "really single" amid rumours she'd reconciled with ex Stormzy, was speaking ahead of the show's premiere on Monday 16 January.

When asked who she'd like to see make a return to the show, following the reappearance of Adam Collard, she replied: "Theo! I found him hilarious. That line about 'leave with them' – it was that.

"We were all feeling it and Theo actually said it. You need that honesty sometimes!"

The Don't Hate the Playaz star is taking over from longstanding host Laura Whitmore, who quit the show in August 2022.

She has long been a fan favourite to host the show, and admitted it was hard to keep it a secret once she knew she'd got the gig.

"[It was] really hard, especially when there’s loads of rumours flying around. I’m not a good liar," she admitted.

The star continued: "Even my mum I didn’t tell because she’d get too excited and tell people. So I had to not even tell my close family."

"I feel like I’ll celebrate more after it’s done, then we can be like, ‘Yay we did it!’ rather than getting too excited before it’s happened."

Maya's been a long-term fan of the show, confessing she's previously made sure to record episodes so she can watch them back and have a debrief with friends.

"I’ve been a fan for years. It was the first reality show, other than Big Brother, that I made sure I was back at a certain time to watch and all my friends and family were speaking about," she said.

She went on: "Everyone gets involved, everyone has opinions – from the older people in your family to the younger ones. It’s just fun, it’s fun to see how people play out in different situations and wonder what you would do if you were in the same position. Most of us have had a bit of a holiday romance before and it’s like watching that on telly.

She added: "I’m excited to see the Villa!

"I’m excited to see the size of it, the beds, walk around… you watch it on TV and it looks humongous."

She also wants to see the return of the infamous Casa Amor.

"I feel like that’s one of the best moments. We’d all secretly want to know what our partner gets up to when they’re on a lads’ or girls’ holiday," she said.

The new series of Love Island begins on Monday 16 January on ITV2 and ITVX.