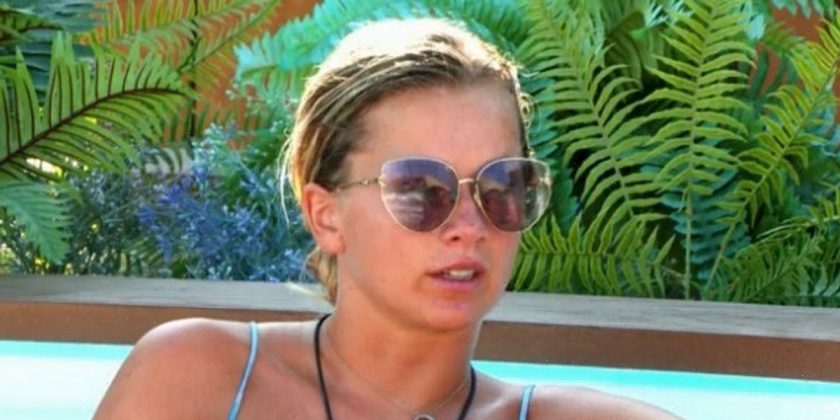 Love Island fans think that producers of the show told Dami and Luca to apologise to Tasha after tensions ran high in the Snog, Marry, Pie challenge on Tuesday's show.

The challenge – which is a regular component of the hit ITV2 show – sees the girls and the boys take it in turns to play the game, concluding their choices by shoving a cream pie into the face of one of their fellow Islanders.

Of the girls, Tasha Ghouri, 23, was pied the most, including by Luca Bish, 23, and Dami Hope, 26, who haven't shied away from sharing strong opinions on her loyalty to boyfriend Andrew Le Page, 27.

During the latest episode, Luca pied Tasha, saying: "I could give you a list as long as Adam but we let it go for today and it is just a game."

Dami also pied the dancer, telling her: "The reason I pied you, I feel like you usually get away with a lot of stuff but this pie, you weren't going to get away with…"

Tasha was left in tears after the game, saying that she wasn't bothered about being pied, but that Luca and Dami's comments felt like a "personal attack" on her, which Andrew and Paige Thorne agreed with.

Fans of the show took to Twitter in their droves to accuse Luca and Dami of "bullying" Tasha, with one person writing: "Luca and Dami are point blank bullying Tasha at this point. How is this not turning their girls off? If I saw my man treat someone like that, it would give me such ick!"

Another wrote: "luca and dami just ain’t stopping with their bullying????????? honestly disgusting".

Soon after Dami and Luca saw Tasha crying, they each took her aside to apologise for "taking it too far" in the game, with Luca insisting that he thinks she's a "lovely girl", saying: "I promise you now, I do not want to see you upset."

Dami told Tasha that he does want to be her friend and that he does have her back in the ITV2 villa, insisting: "I don't have any more jokes, I'm done now."

However, viewers of the show were sceptical as to whether it was Dami and Luca's own decisions to apologise to Tasha, or they were pushed to do it by the show's producers.

One person wrote on Twitter: "Love island producers letting Luca and Dami get away with blatant bullying by arranging for them to insincerely apologise to Tasha- which they wouldn’t have done without being prompted is outrageous. Get them out".

Another person tweeted: "Luca and Dami clearly told by producers to apologise to Tasha. They’ve been enjoying their bullying and blaming it on some kind of loyalty to Andrew. How nice of them to now “let them” be happy.

Someone else speculated: Demi and Luca have DEFO been “pulled for a chat” with producers they are a pair of bullying a*******s!

An ITV representative declined to comment when contacted by OK!.

Love Island continues tonight at 9pm on ITV2 and ITV Hub. Episodes are available the following morning on BritBox.