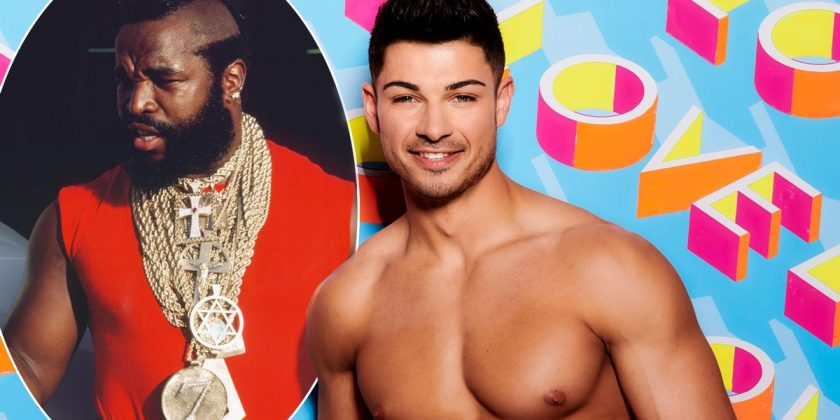 Love Island is set to launch on Monday, but it’s already been plunged into a race row.

Shocking photos have emerged of islander Anton Danyluk in blackface.

In pictures obtained by the Sun on Sunday, Anton, 24, can be seen dressed up as Mr T with his face covered in dark brown face paint.

Anton, from Airdrie, Scotland, is said to have been out at a fancy dress party during Halloween with friends.

In pictures on the Facebook page for Anton’s gym he is seen pulling poses in Mr T-style dungarees with gold chains on and a his face painted black to look like the A-Team star.

A friend told the newspaper: “Anton likes to be the life and soul of the party and his idea of having fun is having all the attention on him.

“He was proud of the effort he put in to the costume. He just thought it would be a good laugh.”

Sociology expert Professor Ellis Cashmore told The Sun that Anton should now be given the boot from the popular show.

He said: “ITV has to pull Anton from Love Island.

“If it doesn’t, it will be forever making apologies. Blackface covers up more than someone’s face, it conceals racism.”