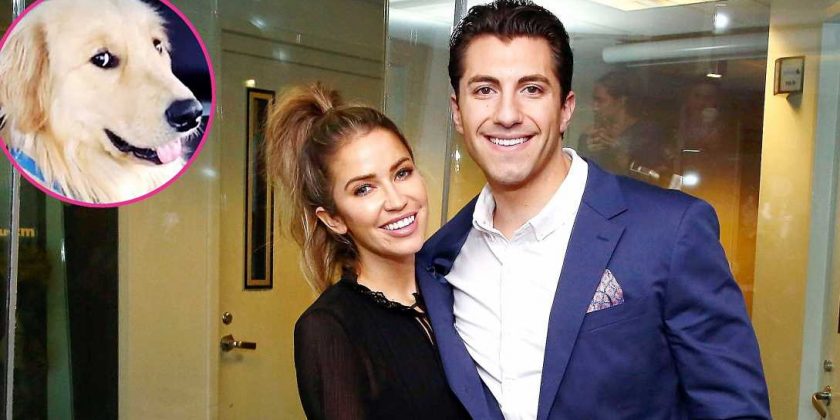 Life just got a whole lot sweeter for Bachelor Nation’s Kaitlyn Bristowe and Jason Tartick! The couple opened their hearts — and home — to an adorable Golden Retriever whom they rescued after he was found on the street “in Korea with broken bones.”

The “Off the Vine” podcast host posted a heartwarming video of the moment she first laid eyes on the pup in real life on Tuesday, June 4, after the canine was transported via plane to Nashville, where Bristowe, 33, and Tartick, 30, recently moved in together.

In the Instagram clip set to Skylar Grey’s emotional song “I’m Coming Home,” Bristowe greets the dog — whom they named Ramen — with open arms as the pooch pants excitedly and wags his tail. Though the banker was out of town for the momentous occasion, his girlfriend was sure to FaceTime him shortly after she and the canine got settled in at home.

“That first hug fits together like two freakin puzzle pieces,” Tartick gushed in the comments section of Bristowe’s video.

You’re home and I am [email protected] you @freshprinceofbuhlaire for capturing this moment and thank you @bunnysbuddies for what you do.

And the day just kept getting more emotional for Bristowe. The new mama shed a few tears as she bonded with Ramen, who couldn’t keep his paws off her. “He honestly hasn’t left my side since I got him,” the Dew designer said in one Instagram Story with the canine laying near her lap. “He just seems so at peace here.”

The proud dog parents announced the happy news that they had decided to adopt the pup nearly two weeks ago. “MY BABY!!!! Hello instagram. My name is Ramen Noodle Vino. But my mom and dad call me Noods,” the former Bachelorette captioned a series of photos of Ramen. “I’m 1-ish, and I was saved by Amanda at @bunnysbuddies after living on the streets in Korea with broken bones. I’ve been hurt by humans, but I’m going home to Nashville now, where I will live the best life full of love, travel, and belly rubs.”

“A friendship turned to a relationship and now a relationship turned to a little fam,” he wrote on Instagram. “This morning, Kaitlyn and I made a decision to adopt, @ramenthegoldennoodle . Ramen was abandoned and found roaming the streets of South Korea with a broken pelvis from being kicked. Kaitlyn found Ramen through an incredible organization @bunnysbuddies founded by Amanda, when they were fundraising for Ramen’s surgery. We are so excited to give Ramen the life and love he deserves…all under the same roof!”

Scroll down to see the new addition to the Bristowe-Tartick family!