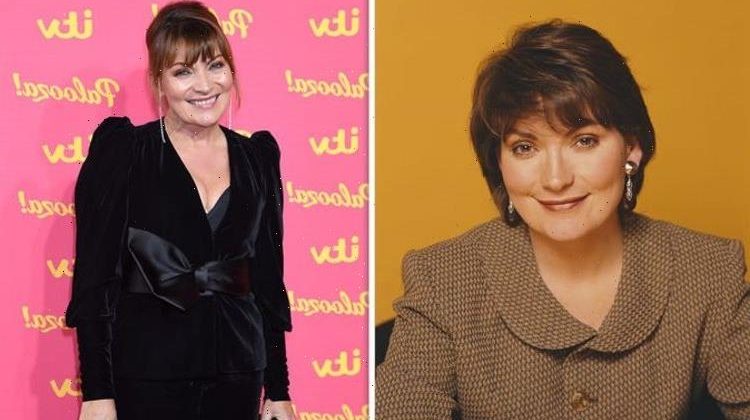 Presenter Lorraine Kelly, 61, has opened up about how her body has changed as she’s got older and why it certainly doesn’t have to be a bad thing. The talk show host also discussed how the menopause affected her and suggested that there was a certain “freedom” in it.

Lorraine opened up about how HRT (Hormone replacement therapy) helped to relieve her menopause symptoms.

She also spoke about the way HRT affected her weight.

“You lose your waist as you get older, but HRT helped with this,” she revealed.

“During lockdown I ate too much and I’ve gone up a dress size.

“But I’m not beating myself up over a few pounds.”

The star went on to reflect that she perhaps looked better later in life than she did when she started her career.

“I was never hired for my looks, but I feel I’ve grown into them.”

The star went on to chat about how the menopause began to affect her in her late forties, ranging from “sleepless nights” to “crippling anxiety”.

When her husband Steve told her she needed help, she went to the doctor and was officially diagnosed with the menopause.

Speaking about how the diagnosis made her feel, she said: “I wasn’t prepared for it. No one talked about it. My mum, now 80, never spoke about it. It was hidden and shameful.”

Lorraine, who called the HRT she is on “brilliant”, has since found a way to look on the bright side, revealing she began to feel like her old self again within two weeks of starting treatment.

“I tried to see it positively – it’s natural to enter another stage of life.

“There’s a freedom in that,” she reflected.

Lorraine has been married to her husband Steve for nearly 30 years and the couple plan to go somewhere adventurous like Mongolia or Greenland for their 30th anniversary.

The presenter and Steve, who works as a TV cameraman, wed in 1992, and they have one daughter together.

They had Rosie, who is now 27, two years after they got married.

Rosie has recently moved back from Singapore and currently works for Hello! Magazine.

Following in her mother’s footsteps, Rosie completed her own journalism degree at Edinburgh Napier University.

Rosie is no stranger to the red carpet and has often been seen accompanying her mum on her various celebrity outings.