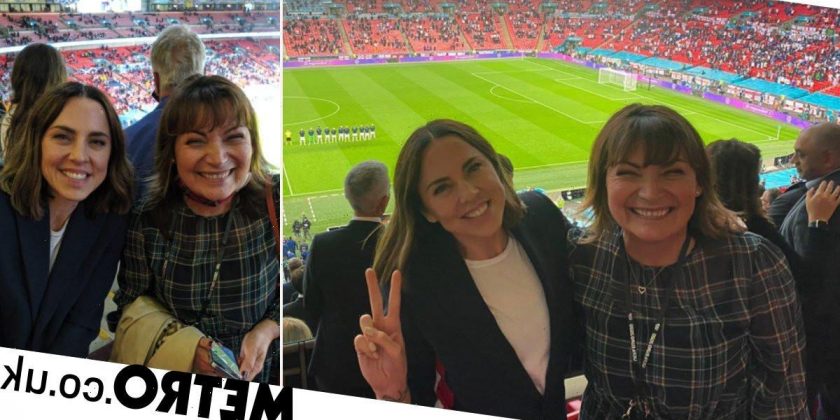 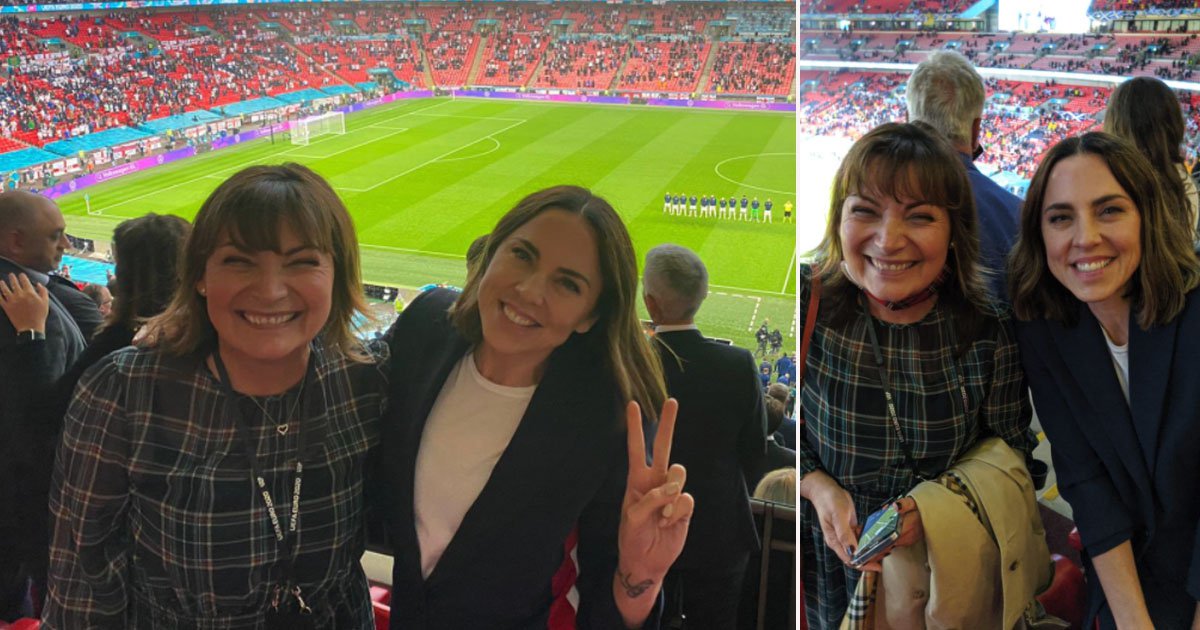 Lorraine Kelly and Mel C both seemed to be having the absolute time of their lives as they attended the England vs Scotland Euro 2020 match together.

The two pals also had a bit of a friendly rivalry going on, with TV presenter Lorraine hailing from Scotland, while Spice Girls singer Mel C originates from England.

Both took to Twitter to document their time at Wembley Stadium, with Lorraine, 61, sharing a photo of her and Mel smiling for the camera, as the teams could be seen on the pitch in the background.

‘Here in good company and set for a bit of friendly rivalry with @MelanieCmusic.

Mel C, 47, later shared another selfie she snapped alongside Lorraine, as she took the opportunity to criticise England for their playing skills during the game.

She said: ‘Well done Scotland, you played brilliantly. England, you could do better.

‘Great to share the points and enjoy the banter with @reallorraine.’

Unfortunately the match between the two opposing teams ended in a goalless draw, much to the disappointment of football fans.

England had already got off to a brilliant start as they beat Croatia 1-0 last week, but failed to build on that platform and delivered a nervous, tepid performance against a resilient Scotland who were arguably unlucky not to leave all three points.

Scotland, who lost to Czech Republic in their previous round, were hoping to bounce back from their loss, but unfortunately were unable to deliver on this.

England still have another opportunity to advance to the knockout stage of the tournament, as they themselves face Czech Republic next Tuesday in their final Group D match.

And on the same day, Scotland will play against Croatia as they also hope to move forward in the next stage of the competition.