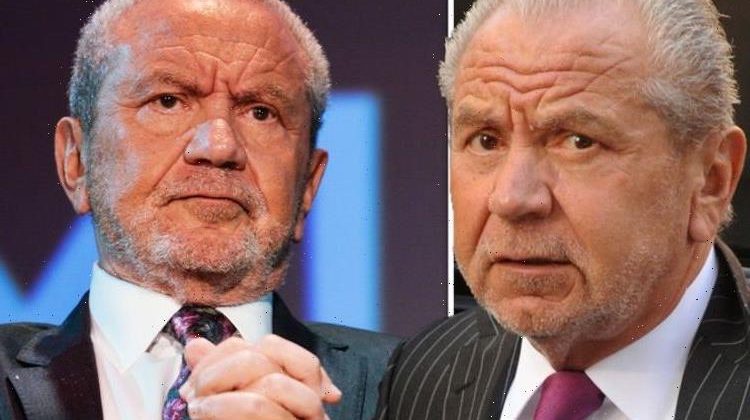 The Apprentice star Lord Alan Sugar has revealed that he suffered a broken septum after following the “harrowing” coronavirus protocols that were needed to film the latest series of the popular BBC show. The 16th series is set to air on January 6 as contestants battle it out to receive a £250,000 investment from the business magnate, 74.

But in a new interview, the Hackney native has told how he was left with a broken septum after adhering to Covid protocols that included rigorous testing.

The TV personality detailed the requirements that were necessary for the show’s 16th season to go ahead.

He said: “The Covid protocol was harrowing, to make it simple.

The business mogul told The Mirror and other publications: “I haven’t got Covid but I’ve got a broken septum in my nose here.”

His co-star, business executive Karren Brady, also had her say on working within strict Covid rules, explaining that they were necessary to keep everyone safe.

She said: “I think it was a mammoth task in itself, keeping everybody safe, that was the priority of the production team and everybody who was involved.”

She went on to reveal that social distancing, mask-wearing and constant testing were all measures taken even when the cameras weren’t filming.

Piers told his 7.9 million Twitter followers how “disappointed” he was that he wasn’t included on the list and “will have to wait” for his turn.

He wrote: “Very disappointed not to have made the honours list this year.

“After all I’ve done for this Govt, it’s baffling they haven’t rewarded me with at least a knighthood for services to holding miserably mediocre ministers to account.

Lord Sugar did not take well to Piers’ remarks, as he responded to his tweet by pointing out that “Knight’s are a very elite circle of people.” (sic)

He added: “The problem is your head is so far up in the clouds the queen would not be able to tap you with the sword, She maybe tempted to ram it where the sun does not shine. (sic)

“An anagram of Sir Piers Morgan is Orgasm Inspirer.”

In response, Lord Sugar wrote Piers a poem, in which he accused his frenemy of “kissing rears”.

The Apprentice returns to screens Thursday January 6, on BBC One.