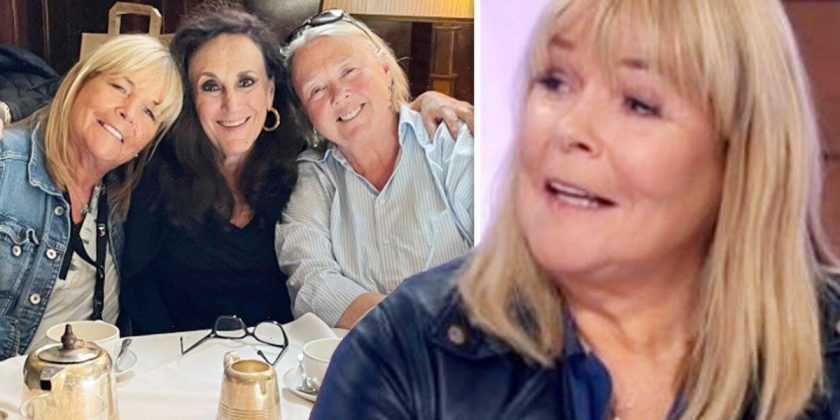 Linda Robson has confirmed she has “never fallen out” with Pauline Quirke in a candid new interview. It comes just days after the Loose Women panel member reunited with Pauline, 62, and their Birds of a Feather co-star Lesley Joseph, 76, last week.

The 64-year-old has dismissed rumours of a “rift” as a “load of s***” as the actress opened up about her relationship with her friend.

It was previously reported that Linda and Pauline had fallen out after 50 years of friendship, which resulted in the latter refusing to take part in the classic sitcom’s 30th anniversary show in 2019.

Speaking about the alleged rift, the on-screen star admitted the pair never had an issue.

“We have not fallen out and we have never fallen out.”

She added to The Mirror: “I have been best friends with her since we were 10 years of age. We never fell out.”

The trio recently reunited as they enjoyed a lunch together where they discussed the possibility of a comeback of the hit sitcom.

The actress took to her Instagram account on Tuesday to share a nostalgic snap of her and Pauline as they enjoyed a reunion lunch with Lesley at The Delaunay restaurant in London’s Covent Garden.

Last year, it was reported the duo was no longer on speaking terms.

It was alleged that matters became so heated at one point that the childhood friends had to be separated by crew members during filming at Teddington Studios in West London.

In view of her 166,000 followers, Linda captioned the post: “A lovely lunch with my beautiful friends in the @thedelaunay.”

Fans of the much-loved series quickly flocked to Linda’s post gushing over the snap.

Jas wrote: “Lovely photo. So good to see Pauline too!”

Stacey Vintage remarked: “Ah, beautiful ladies! Just been away with my mum and we spent our evenings watching Birds of a feather back to back!”

Fiona added: “I’ve been watching you guys on UKTV. Still too funny.”

Last year, Linda said it was Pauline’s “choice” not to appear in the one-off Bird of a Feather episode in 2020 and that the cast had “to respect” her decision.

Pauline’s character Sharon Theodopolopodous was written out of the episode as being “stuck on a Covid cruise”.

It was later announced that the long-running sitcom had been axed despite attracting an audience of 7.9 million for the Christmas special.

ITV decided against ordering more episodes after Pauline decided not to take part in the special.