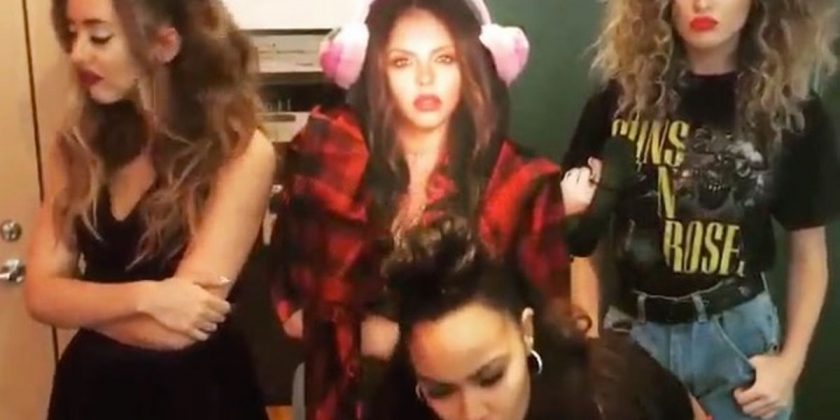 The Little Mix girls explained Jesy Nelson absence after her suicide attempt as an "ear infection."

Close friends Perrie Edwards, Jade Thirlwall and Leigh-Anne Pinnock papered over their bandmate, 28, when she was a no-show during their Japan tour in 2015.

The pop divas showed the strength of their bond as they kept Jesy's suicidal secret.

At the time, Jesy said she was unable to make the trip to Japan because she was suffering from an ear infection.

The trio kept up the pretence as they publicly wished the redhead would get better soon.

However, the singers showed the tour must go on as the reformed three-piece headed to Japan without their redhead pal.

They trickled fun-filled snaps from their Japan trip on social media while Jesy secretly battled her demons at home.

The three-piece even took a cardboard cut-out of the absent singer to their gigs.

They wrote at the time on Instagram : "We are gutted that our beautiful Jesminda won't be in Japan with us BUT we wouldn't miss this trip for the world!

The songstress spoke out about how she plunged into the depths of depression after she was bombarded with scathing comments from trolls.

Jesy revealed she let her Little Mix bandmates down when she couldn't face performing amid her secret depression battle.

She told Capital Radio: "I didn't want to go out with my friends or go out to work, I didn't want to perform, if I'd see people in the crowds pointing and whispering. I'd have panic attacks.