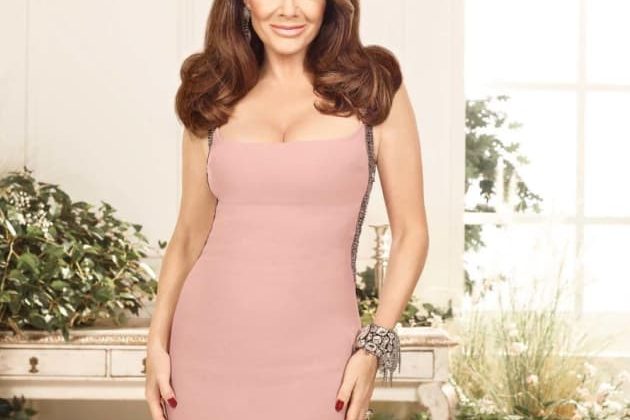 It seems the time has come for Lisa Vanderpump to finally pass down her crown.

Okay please, that will never happen.

But it is time for her to hang up her housewife hat and bid farewell to her Bravo frenemies.

Believe it or not, after months of Lisa dancing around the topic, we finally have answers.

LVP is officially done with The Real Housewives of Beverly Hills.

“I think they’ve made it pretty impossible for me to go back frankly,” she told Daily Mail on Tuesday, June 4 when asked about her return on next season.

“Lisa will not be returning to The Real Housewives of Beverly Hills,” a close source to Lisa confirmed to Radar Online.

“She’s moving on to bigger and better things.”

Vanderpump, an original cast member, made headlines last November when word came out that she would probably be exiting the reality show after the ninth season.

“Lisa will appear in the majority of episodes this season,” a production source told E! News in November 2018.

“She has not been filming at every event, but fans can expect to see her throughout.”

And that it did, as we all know by now!

After the show’s premiere, we were served with the puppygate drama between Lisa, Teddi Mellencamp, Dorit Kemsley, and Kyle Richards.

The 76-year-old (!!!) even took a lie detector test to back up her noble character — it was a drama filled season, to say the least.

“When you go through a really kind of desperate time yourself, the people that are there next to you, holding your hand and supporting you, I think will forever be etched in your mind as the people that got you through something.”

“I think the people that maybe aren’t there, you suddenly realize that you could possibly do without,” she shared.

“It depends. I can’t say,”  Lisa said on the RHOBH after show when asked about her return months back.

She also said she wasn’t watching the season because “it’s not fun being the recipient of everyone ganging up on you.”

We can only imagine!

So we totally understand her final and recent decision to not rejoin the cast.

And while the British socialite isn’t looking to move forward with the series, she also isn’t interested in revisiting the past.

Lisa shared that she does not plan on attending the upcoming season 9 reunion of the hit Bravo reality show.

“The objective of the reunion is to reunite, right?” she asks.

“And I have no inclination to reunite with the women who’ve been harassing me for 10 months now.”

“So in all probability, no,” she told the DailyMail.

Though she initially considered filming the reunion, at the end of the day, “she realized she is done with that part of her life,” the source explained.

But forget the drama (if you can), Lisa is focusing on something WAY more important — The Trevor Project.

In an exclusive statement to Radar, Lisa said, “As we kick off National GayPride Month I’m so honored to once again lend my voice to The TREVOR PROJECT.”

“They have been the leading national organization providing crisis intervention and suicide prevention services to LGBTQ youth under 25 since 1998.”

“Today, nearly one out of four pre- and early teen suicides were among LGBTQ youth,” she wrote to raise awareness.

“We ALL must change this narrative and provide the [emotional] support, understanding and positive reinforcement that our youth warrant and deserve.”

And even though she is taking a step back from her housewife performance, she will still be in the spotlight thanks to her Vanderpump Dog Foundation and her very own Vanderpump Rules.